So then, Kapow! Comic-Con. My first ever Comic-Con, and although i was only able to attend the Saturday, what an event it was. You may be thinking, this is a gaming blog, what relevance has a Comic-Con to that? Well, thanks to IGN, plenty.

Upon handing in my ticket, the first attraction on offer is the IGN arena, complete with master of ceremonies for the day, Christian Stevenson, who kept the upbeat mood going very well. The IGN arcade, complete with 10 Xbox 360’s and various games, including WWE All-Stars (perfect opportunity to experience the over the top action firsthand) and Portal 2 (which i missed out on, but looks excellent), kept many occupied throughout, along with exclusive Dirt 3 and Operation Flashpoint: Red River sections, which were also welcome. 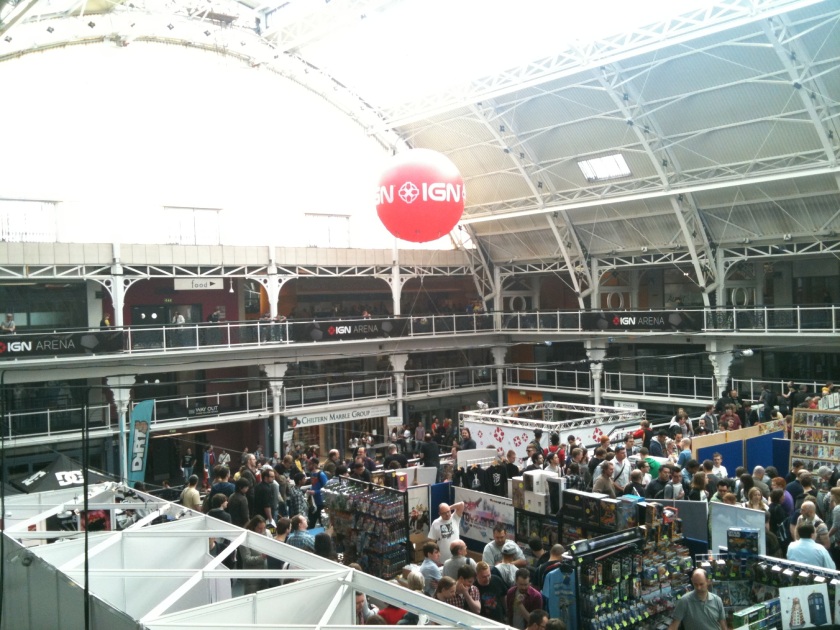 WWE All-Stars is great fun, but technically not great and out of date. But i do love the exaggeration angle the game plays; it’s almost a parody of itself. You think those moves look painful choreographed in the ring on TV, wait till you see these babies.

IGN were also offering the chance to ‘man up’ as it were and attempt the fastest lap on Dirt 3, Top Gear style. I admit i chicken-ed out on this opportunity, but nevertheless, it looked fun.

The most exciting gaming experience of the day came with my first ever 3DS experience. After being shown the basics by the lovely ladies of Nintendo, i got my hands on one (not a lady), firstly on Nintendogs, which doesn’t interest me in the slightest i’m sorry to say, but the 3D on the game looked amazing. Later on in the day i got my hands on Super Street Fighter IV, which was excellent, the Circle Pad feeling so natural, along with the D-Pad offering the usual, natural feel that Nintendo have always been so good at.

Along with both Insert Coin Tees and Retro GT providing excellent gaming t-shirts, and even video game branded energy drinks, there was plenty for the gaming world to behold at Kapow!

I love comics. I have read them for as long as i can remember. My first memory was buying Adventures of Superman #445 years ago when on holiday in Great Yarmouth. It’s one of those memories that stays with you until the end of your time, and, for me, Kapow! was another. This was my first taste of anything like it, i suppose like many in the UK, as there hasn’t been anything like it before.

There was so much on offer, great stalls selling comics, graphic novels, most at reduced prices, along with action figures, framed artwork, and plenty more. I got myself a copy of Superboy: Boy of Steel HC, along with The Avengers Volume 1 HC. The latter, along with issue 1 of said Avengers comic, signed by the artist, ones of Marvel’s best ever, John Romita Jr, who was a pleasure to meet. Definitely the highlight of the day for me.

The DC Superstar Creator Q+A was also excellent. 4 geniuses behind table, a 100+ in the audience asking whatever we wanted. Awesome. Frank Quitely (Vincent Deighan) and Paul Cornell were really funny, and refreshingly laid back and honest. I took the opportunity just after to speak with the DC Comics sales person (forgot his name), regarding the lack of DC Animated feature films released in the UK, particular as All-Star Superman was referenced quite a bit in the Q+A. Hopefully something will be done about this. But i digress.

An event such as this can only be good for the UK entertainment industry, whichever of the media was on show. It was such a great day, and will do it all over again next year. TTFN. 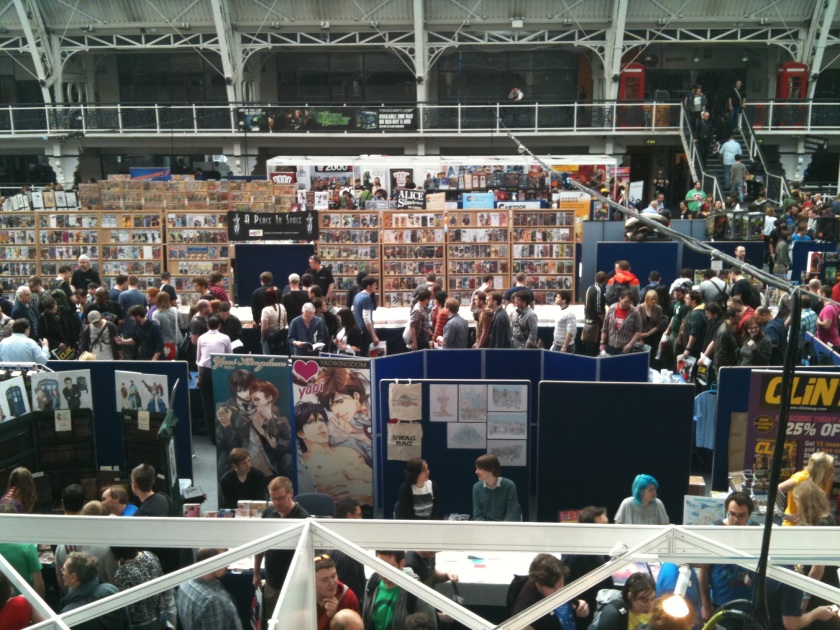 2 thoughts on “Kapow! Right in the kisser”