Picking one game of any full calendar year is never easy, unless there is a unanimous standout title (or you only play one game in that year!).

2013 has been a pretty badass year for gaming, with some real ‘game changers’ (pun intended). And that is just the current platforms: we of course now have Microsoft’s and Sony’s new console offerings thrust upon us, offering shiny new technology and graphics for our living rooms. I have not dabbled in the latter at all as yet; in fact my games of 2013 are only from 3DS, Xbox 360 and PS3.

My complete list consists of 10 titles. That isn’t many, but picking one isn’t going to be easy. So I’m going to resolve this problem WWE style: Royal Rumble! Instead of doing head to head knockout, all these great titles will duke it out together, and the last one standing is top dog for 2013. So let’s do this. 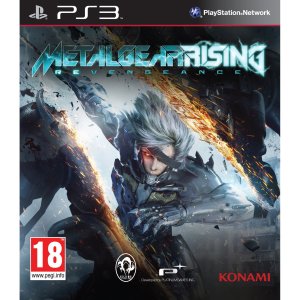 MGR and GoW begin the battle royale, both strong first contenders, released in the first quarter of 2013. As expected, the presence of GoW’s Kratos makes for a brutal affair, but MGR sure can take a beating and his quickness makes it tough on GoW in the early going. Time for the next entrant….

MGR now has another opponent to avoid, and unfortunately it could be one too many, with MGR’s very short campaign showing it’s weakness against the 2 longer campaigns of its opponents. But one thing is for sure, MGR’s Raiden is relentless till the end. Luigi’s tactics are more laboured, progressing slower and taking time to scope out the surroundings, looking for weaknesses to strike. It’s a cagey start to this Rumble, with no eliminations yet….

Entrant Number #4 – Injustice: Gods Among Us

Business is about to pick up! Injustice storms the ring, intent on all out attack. Injustice doesn’t care about its surroundings; in fact, they just get in the way. Luigi’s Mansion cleverly hides in one corner, fearing elimination. Even GoW is blown off its feet with Injustice’s Meta-Human powered attacks. MGR tries an aerial dive against Injustice…BUT IS CAUGHT IN MID AIR! Unbelievable! And in one more motion, MGR is tossed over the top rope to the floor below! We have our first elimination! MGR gets back to his feet, as in its nature, but I’m afraid it’s all too forgotten now, until someone is willing to tackle a 2nd run to obtain the insane trophies….

Blood Dragon slowly makes his way to the ring, dressed in purple and black, reminiscent of WWE legend, Bret the Hitman Hart. Like Hart, Blood Dragon has style, and clearly means business. In the ring, Luigi’s Mansion is plodding along, but tiring, keeping God of War at bay, without having to get physical. Injustice’s original flurry is becoming less effective, with its opponents spotting its oh-so-similar and repetitive attacking styles that they’re easily avoided. In fact, for all its content and packed punch, Injustice realises he offers little that’s new other than a top license, and can’t shake the feeling this has been done before but better and more brutally, and removes itself from the rumble! A dramatic turn of events!

Eliminated – Injustice: God Among Us

But wait! I’ve just been told that we’we’ve had a DOUBLE DOUBLE elimination! Yes, I can confirm that off camera, GoW, in a fit of rage, super-plexed Blood Dragon from the top turnbuckle, with both crashing to the floor in explosive style. These guys are both great and have style, but both clearly came too early to the party.

Animal Crossing coasts towards the now empty ring. The crowd here cannot help but be mesmerised by what AC has to offer; stylish, cute, strangely compelling to watch. This one could well be the favorite. But what’s this?! AC is planting FLOWERS in the ring?! I thought I’d seen everything folks. 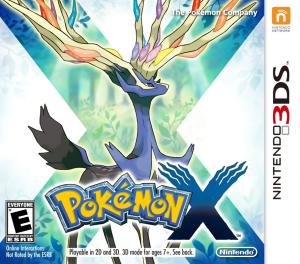 Another potential big hitter here- oh wait, what’s this? Pokemon is being attacked backstage by – is that? Yes, it’s Ratchet & Clank: Nexus with a brutal attack on surely another Rumble favorite! Pokemon X’s Rumble run has been halted before it’s begun here, which is in no way a metaphor for the fact that I only garnered about 15 Pokemon and about 6 hours of gameplay before giving up. Not at all.

Ratchet & Clank is being booed incessantly here, for its quiet emergence and attack on a fan favorite. This one is wide open folks, with only 1 more entrant to go, and Nexus is on all out attack. There isn’t much in the way of back-story to this latest entrant, but it is all frantic and guns blazing. Animal Crossing takes a big blow to the head, leaving a huge bee-sting size lump, and now cannot see! AC is running around so much that Nexus cannot shoot straight! And now here comes the final entrant…

Entrant #10 – Legend of Zelda: A Link Between Worlds

A huge roar from the crowd for this returning favorite! Back after a long absence, and on this showing, it as if it has never been away! Now in the ring, LoZ avoids AC’s mindless running and Nexus’ endless shooting with ease. Things are really heating up here now! AC is still running around blind with that lump, and Nexus decides enough is enough. It’s time for an abrupt end as Nexus vaults off the top rope, but misses animal crossing, instead hitting a beehive nestled in the flowerbed placed earlier! The bees are not happy!! They launch themselves into Nexus, who throws himself out of the ring and out of the Rumble! Talk about your short and bittersweet endings! We are down to TWO! Talk about a slobber knocker!!

AC’s lump is not disappearing anytime soon, but its continued frantic panic running could keep it going through all 4 seasons at this rate! Whilst LoZ is batting away the remaining bees, they clear only for AC to aimlessly charge through, straight for LoZ who is by the ropes! They collide, and both go over the ropes! WAIT! LoZ has used its game-changing ability to become a wall drawing, meaning its feet touch the floor after Animal Crossing! WE HAVE A WINNER!!!!

Winner – Legend of Zelda: A Link Between Worlds

An epic battle at the end there, between 2 truly great titles. It was always going to be close between them.

Hope you liked this; I certainly had a lot of fun writing it. But do you agree with my 2013 gaming top 10?