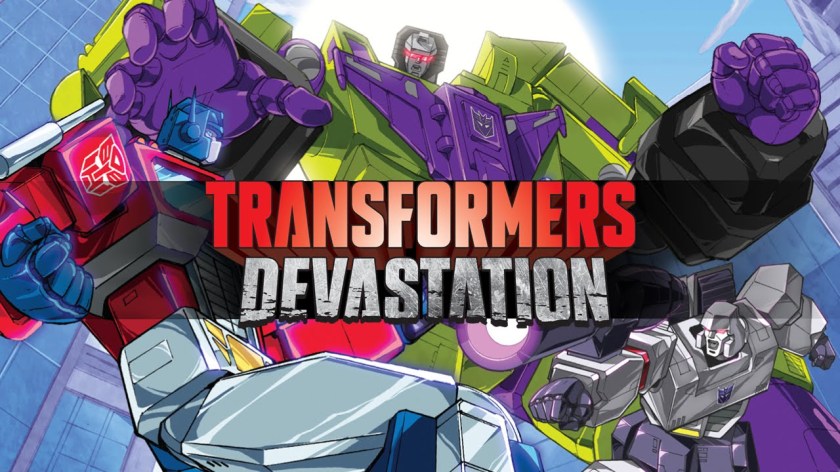 For those not familiar, Generation One was the original Hasbro toy-driven cartoon and comic series that started in 1984. Although it only lasted 3 years, it was a worldwide success that spawned an animated movie that has a huge cult following, and countless now-collectible toys. Although that series ended almost 30 years ago, there have been multiple reimagining’s over the years, and it’s fair to say that the afore-mentioned Michael Bay monstrosities have indeed rekindled the memories of the original (and indeed best) series.

Despite the quite frankly surprising news of a Generation One based video game in the works, I was initially met with mostly scepticism. Transformers videos games largely have a terrible record, as do many series/movie tie-ins, unless Lego appears in the title. The news of Platinum Games as the developers certainly helped alleviate those initial fears; Bayonetta and its sequel are 2 of the best video games to ever grace a television screen, so I became swiftly confident they could deliver. The result is more than meets the eye…..

Platinum’s somewhat traditional third-person ‘hack n slash’ formula is adopted well here; incorporating both physical attack combos and artillery-based projectile attacks. There are 5 classic Autobots to choose from, and once you get over the cool factor of being the original Optimus Prime, with his original Peter Cullen voice once again, you soon discover the other characters (Grimlock, Bumblebee, Sideswipe, Wheeljack) have enough variety between them to offer different experiences. Grimlock in particular, in his Dinosaur form, unlike everyone else’s vehicle forms, offers different combos and attacks.

But by far the most amazing factor of Transformers Devastation is the fan service, the nostalgia factor. It is by no means a perfect video game; it doesn’t have the combat depth of Bayonetta, or the consistently flawless backdrops of Vanquish, nor does it try to reinvent the wheel in any other way. But don’t be mistaken into thinking it is a poor game with just great fan service, like many other anime titles.

The characters and combat style is interspersed with the storyline and boss-ridden levels delightfully, and of course the bosses themselves are recognisable favourites such as Starscream, Soundwave, and of course Megatron. Each and every character even has their own heavy metal theme from the excellent accompanying soundtrack, which surely has to get a release. Believe me, I’ve asked, but it’s a ‘no’ for now.

The perfectly nostalgic cast and characters come together with a plot that easily fits in canon with the series, and plays out much like any typical episode would. It’s the perfect Saturday morning video game derived what was once everyone’s favourite Saturday morning cartoon series. Everything about this package is any Transformers fans’ dream. The beauty of the game is its appeal; it knows why you’re playing it before you’ve even booted the game up: you love the 80’s Transformers, so you are going to love this.