We all love video games, whether your tastes are for platformers, shooters, RPG’s or even sports. They are a wonderful form of escapism, but what about escapism within escapism? I’m talking about the fishing in Zelda games, the end of level bonus sections of Yoshi’s Island, getting drunk at the bar in GTA IV; games within games. If a lengthy quest/mission is getting you down, what better way to take a breather than partake in a game or 2, right? Here are the pick of the bunch. 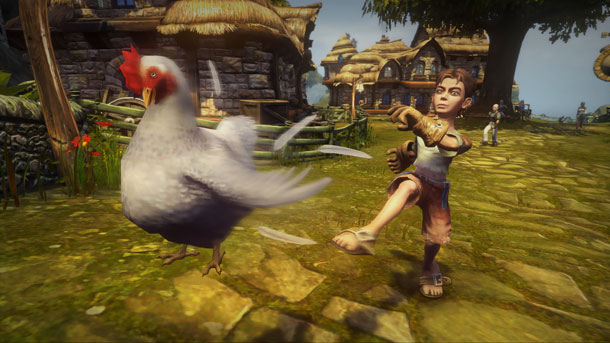 A special addition to the Fable re-release ‘Fable: The Lost Chapters’, and hardly the most animal friendly game, but nevertheless both entertaining and amusing. Yes, you literally kick these poultry projectiles through the air, with angles, strength and stamina all playing a part in getting the chickens into a scoring area grid for points. Yes, chickens equals points. How is that not appealing? 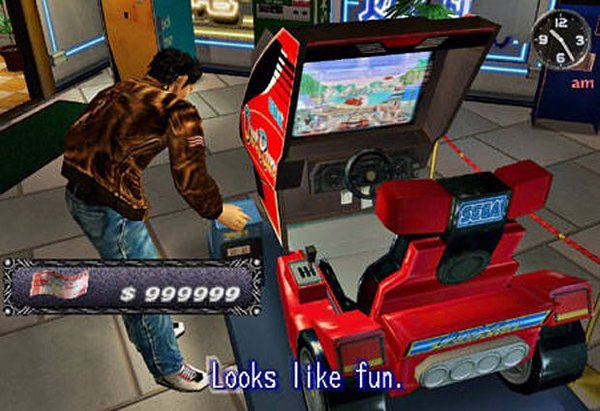 In a world as real (and expensive) as Yu Suzuki’s Shenmue, it comes as no surprise that a town (Dobuita) has an arcade. Amusingly titled the YOU Arcade, it includes 2 FULL versions of Yu’s own arcade classics: Space Harrier and Hang-On. Now I know Ryo wants to avenge his father’s death, look for sailors or whatever, but even he feels the need to beat Space Harrier level 5. It’s only natural.

The premise is simple: Do as much damage to the sandbag stood on the platform as possible, then launch it with a baseball bat as far as you can. Easy right? Wrong.  Many a minute is never wasted trying to inflict any extra % of damage to the bag to make it travel just 1 more meter. However, plenty a minute is wasted in the failed attempts to beat your own records. Just. One. More. Go. 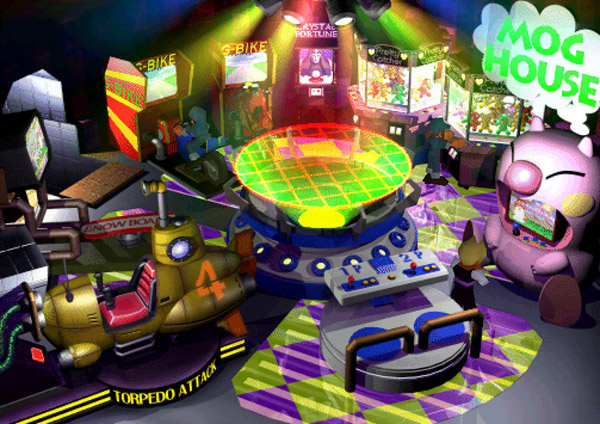 Despite the quite frankly annoying but devastatingly catchy theme music, the Gold Saucer can deliver hours of quest-distracting entertainment. The various areas provide different types of games from an arcade to replay the motorcycle chase, snowboarding, basketball hoop-shooting, betting on Chocobo races, to a battle gauntlet area where you can hone your battle skills without fear of death, for some great prizes to aid the main quest. In a game that eats through the hours as you seek to find the triumphant end, there are certainly more hours to be eaten up here alone.

The entire exploration area is filled with mini-game goodness, with an endless supply of re-spawning enemies to replenish the much needed cash to play them. Highlights include a modified first level of Konami classic Gradius, Tear Down the Wall (think Breakout/Alleyway), Air Hockey, and that’s just the Konami Arcade tent. Add to that bets on Horse Racing, a matching-cards memory game, even a lottery, plus many more, and it’s quite possible you’ll forget why you arrived in what is only the 3rd level of the game.

Do you have a favourite video game mini game?