THE CAVEAT: Any transfer bids must be accepted. Not a Taribo West or Cherno Samba in sight.

And so the potential manager of the month curse hovers over my head as the season heads into it’s second month. Hopefully as West Brom are up next it won’t end in inevitable MotM misery.

The uneventful international break has come and gone. But elsewhere in the league Arsene Wenger has decided to splash some cash. Blud.

It’s always nice to see big players arrive in the Premier League. The same cannot be said for those who have tried before, failed miserably, then skedaddled to a competitively piss-poor league to play for a team that is almost certain to win the league every year. So yeah, good luck Mr Di Maria. 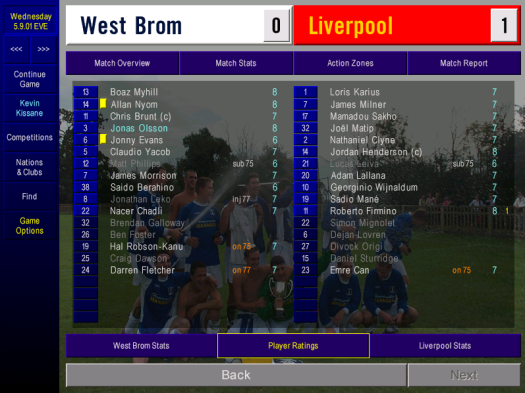 A man of the match performance from West Brom’s Jonas Olsson isn’t enough to stop Liverpool snatching a win on the road. A perfect nod-down from Henderson allowed Firmino to rifle in the only goal of a game with few chances. These are the results that provide the most important points, come the end of the season. Plus the MotM curse was avoided.

The players are performing well. The mood is upbeat. Long may it continue. 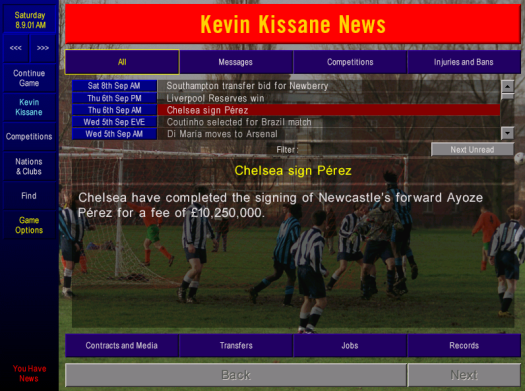 Another big transfer fee spent on big spenders Chelsea. This time managing to prise away key player Ayoze Perez from Newcastle. Hopefully it won’t make too much of a dent in Rafa Benitez’s promotion prospects. 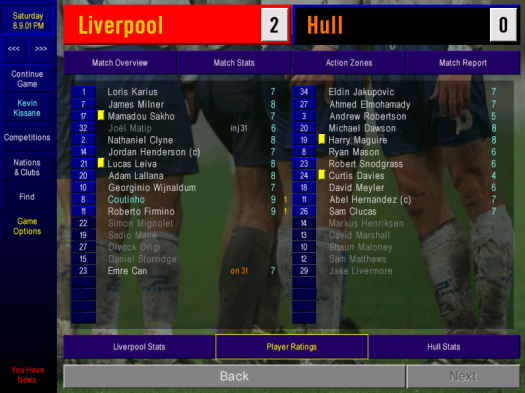 A comfortable home win. I could get used to this. Hull simply had no answer for Liverpool’s all-round solid performance. Coutinho and Firmino are definitely Liverpool’s standout players so far, with a man of the match performance from the former. It’s a near perfect start to the season any side could ask for.

And now to address the issue of squad depth. Those transfer bids could come in anytime after all….

Given Sakho’s impressive run at left back, the availability (and durability) of Dortmund’s Sven Bender is a no-brainer at this price. Predominantly he will line up alongside Lovren/Matip, but can also cover the oh-so-valuable and over-powered defensive midfield position. A nice piece of business. 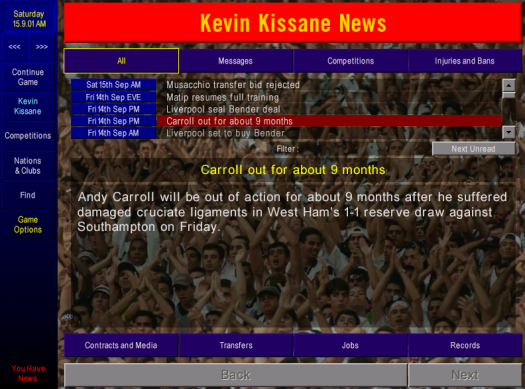 Oh dear. While this of course doesn’t sound good for Andy Carroll, it won’t do West Ham any harm, seeing as the amount of game time is no different to any other season. 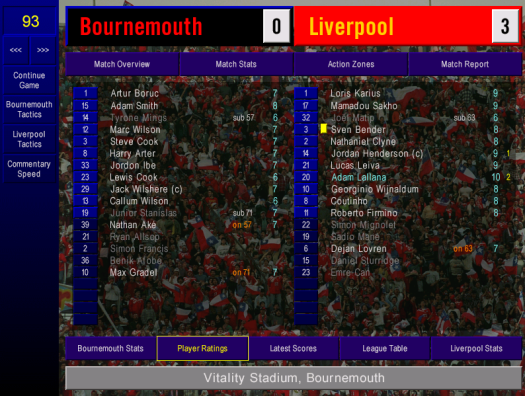 Look at those ratings. A thing of beauty. And with Lovren making a return after his injury, along with Bender also performing well, it doesn’t get much better. Bournemouth were steamrollered. Liverpool leave the Vitality Stadium with just that. Vitality.

It doesn’t make for such an interesting blog though does it? The drama is yet to arrive this season. Far be it from me to let my readers down, so here is one of many dramatic moments in recent Liverpool history.

Not the moment you thought it would be, was it?

The future of Liverpool’s midfield is Gerrard’s successor, Jordan Henderson. Hopefully this new contract will hold off any potential suitors for a good while. 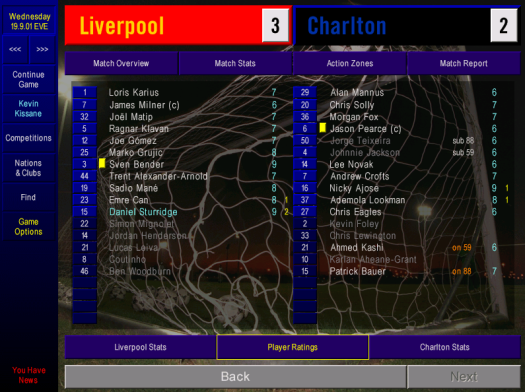 This was as close as the score suggested. Choosing to give first starts of the season for many, it was still a strong line up against a Charlton side who are on similar form and sit top of League One. A wonderfully open game that is great for the neutral, nervous for a fan of either team.

After cruising for the first 35 minutes, Karius spills a shot into the path into Lookman who makes no mistake. At 1-2, Charlton took over the match into the 2nd half, crafting an equaliser after repeatedly testing Karius. Thankfully the leveler allowed Liverpool to re-evaluate themselves, calm the storm, and finish the match strongly.

Next up in the League Cup will be Derby County, which I expect to be another tough test. 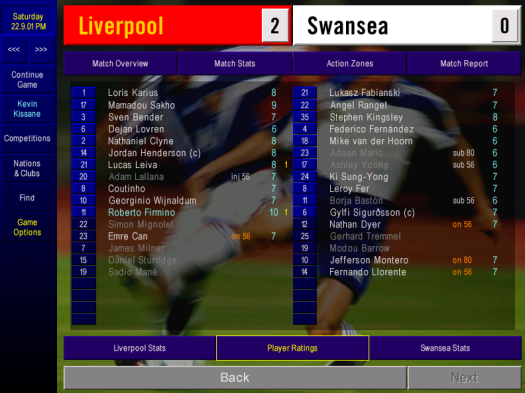 Roberto Firmino is on fire. Another man of the match performance, and 10 out of 10, no less. A great team performance of which Swansea simply could not deal with, yet defended well to keep the score respectable. The only blemish being Adam Lallana going off injured due to strained knee ligaments. 2 weeks is the predicted layoff time.

Elsewhere, Jose Maureen’s Manure United make a big statement with a 6-1 win away at Watford. Only their solitary defeat keeps them from being level at the top of the table, and Everton also have a game in hand, which could take them 2nd. 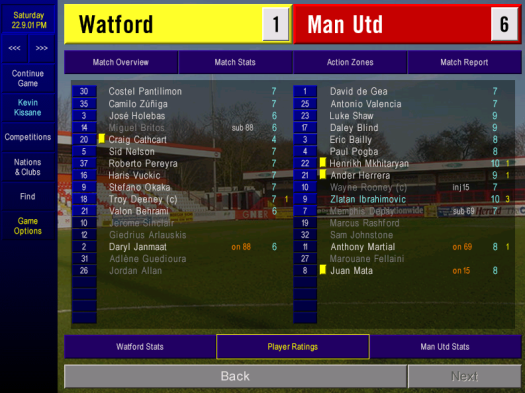 Speaking of making statements, Liverpool just made one of their own. Man of the moment (and match) yet again is Firmino, bagging his 4th and 5th goals of the season. Equally impressive was Lucas, consistently shutting down West Ham’s midfield. I really could get used to this.

The 4-1 win at West Ham is all the more pleasing given the excellent start Slaven Bilic’s side have had, despite that heavy defeat. It’s put Liverpool’s goal return right up there, but what is even more impressive is only shipping 2 goals so far.

At the bottom, it’s getting worse for Burnley. More than a goal a game scored, but conceding 3 a game can only mean relegation if it continues. Title holders Leicester are also yet to pick up a win and sit in 19th position. They couldn’t, could they?

Just under a quarter of the season gone and an impressive tally so far. Can it continue? Please?