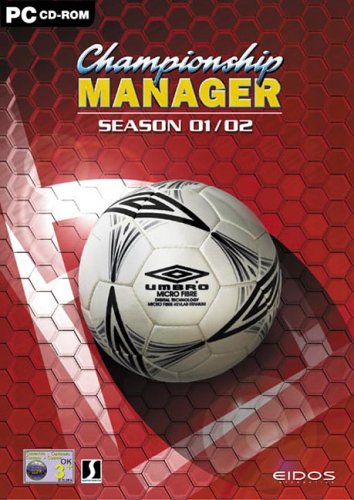 THE CAVEAT: Any transfer bids must be accepted. Yes Southampton, it even applies to you.

So we begin another month like any other. Who is deserving in the eyes of the Premier League for the football frolics of the past month? 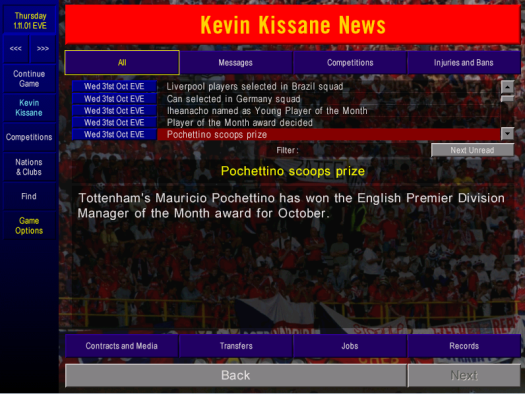 Is this a sharing thing now? Liverpool BEAT Spurs. Liverpool were unbeaten all month. Liverpool only conceded 1 goal in the 3 league matches played. Yet Pochettino gets manager of the month for the third time? Ok, Spurs did win their other 3 matches, scoring 7 and conceding 3. But they LOST. TO ME. Absolute horseshit. 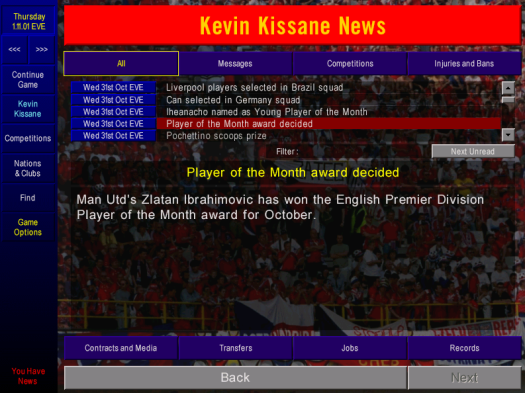 Speaking of Chelsea, given the recent departure of Antonio Conte i decided to chance my arm on player unrest. Given Lucas can’t stomach a title fight and wants to leave, i decide to bid on a potential replacement, Nemanja Matic. An initial valuation of £7,750,000 was met with the below response. I decide to fall in line given i have a hole in midfield that needs plugging. Reluctantly. 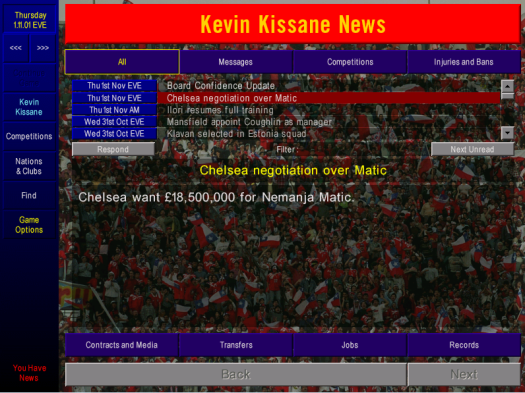 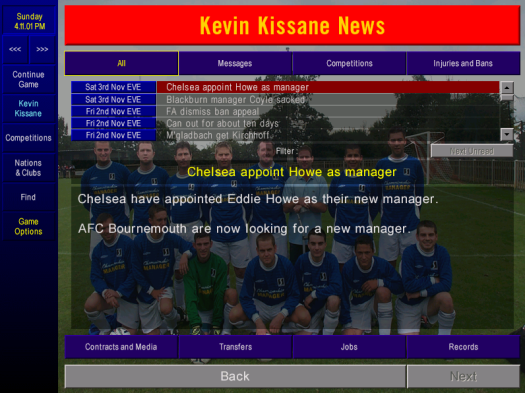 Good luck to Eddie. He might need it, given the team of superstars (and egos) he’ll have to manage. 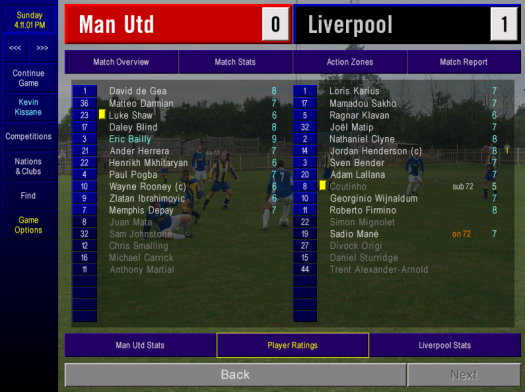 Boom indeed. I’ll just leave it at that. 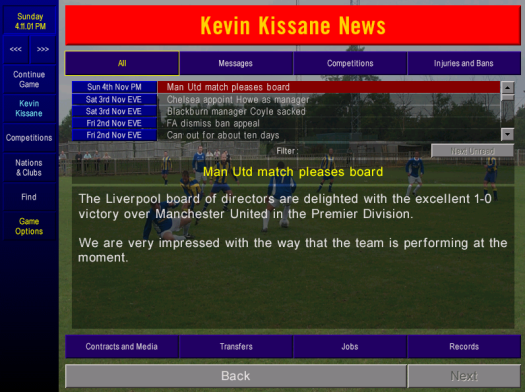 Given Firmino’s achievements so far this season, i decide it would be prudent to try and tie him down for at least a while longer on a bigger contract. It’s a risky move, as i cannot quite meet his wage demands. 75k a week is plenty though. Fingers crossed. 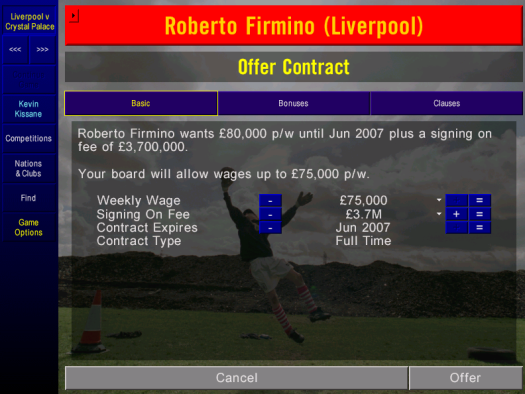 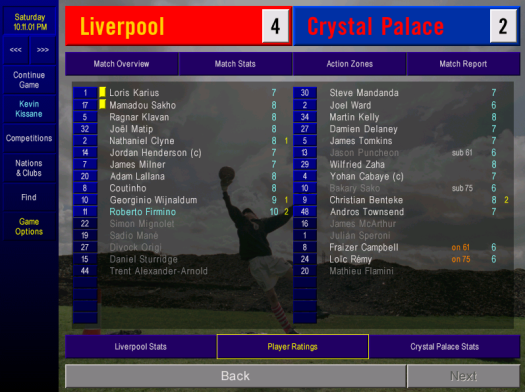 We go on. Firmino is on fire. The defence is playing confidently and in an assured manner, despite the 2 minor blips here. Putting Sakho in at left back is so far a managerial masterstroke.

Another fixture of note here. An end-to-end contest reminiscent of the 90’s rivalry ends with Angel Prima Donna (Di Maria) ending the contest with the only goal. Against the side he couldn’t wait to leave in 2015. 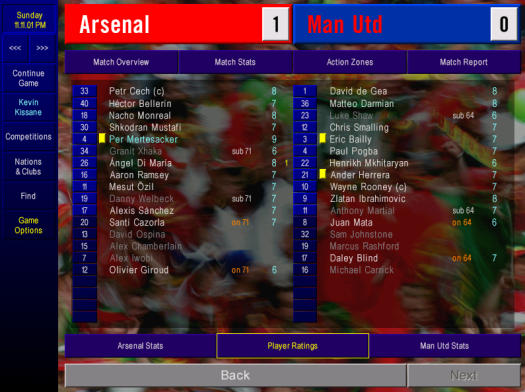 In managerial news, following Eddie Howe’s departure to Chelsea, Bournemouth decide to appoint Schteve McClaren and his ‘Hair Island’ (as seen on the many podcasts of https://athleticomince.com/). McClaren was sacked on both his last appointments at Derby and Newcastle, will it be, as you say, third time lucky? 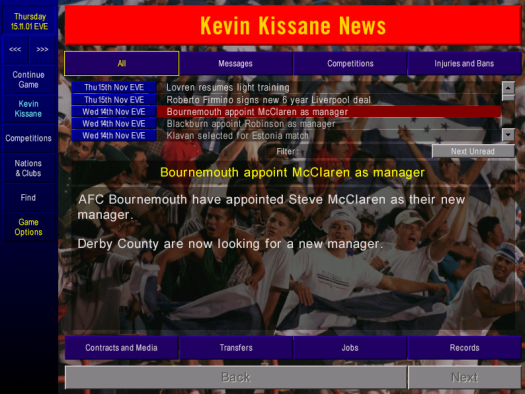 It appears £75k a week was enough. Firmino is retained on a £25m contract. Coutinho also extends his contract for a hefty £20m over 5 years. They are Liverpool’s most valuable assets, both on the pitch and in the books. Nothing can go wrong at the moment. 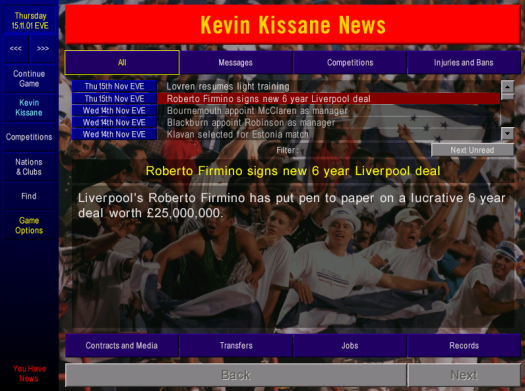 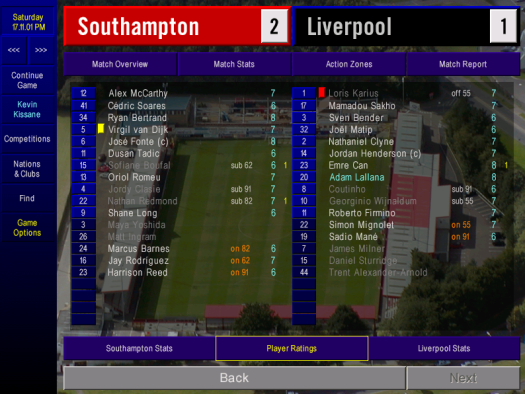 It had to happen eventually. The first defeat of the season is here, 14 games in. Redmond’s penalty following Karius’ red card settled an otherwise closely contested tie. Spurs maintain their chase with a 1-0 win over West Brom. 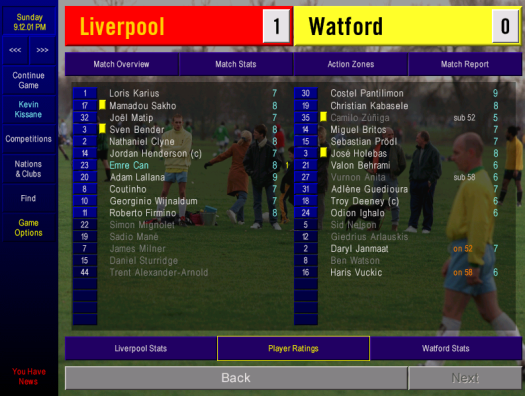 Back to dominant, winning ways. Although only 1-0, Liverpool mustered 10 shots on target to Watford’s 0, with Costel Fanta Lemon having the match of his life.

In transfer news, West Ham will try to pry youngster Joe Gomez away as cover for Aaron Cresswell. I expect Joe to leave with better first team prospects on the horizon. 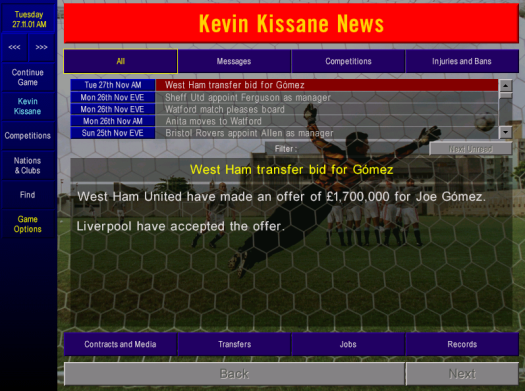 And, inevitably, Gomez does indeed join West Ham. Looks like he won’t be the only one. I guess those seasons of mediocrity really did take their toll on Lucas. It is a shame, having been a good servant to Liverpool. Much like his recent move in real life to Lazio. Good luck to him. 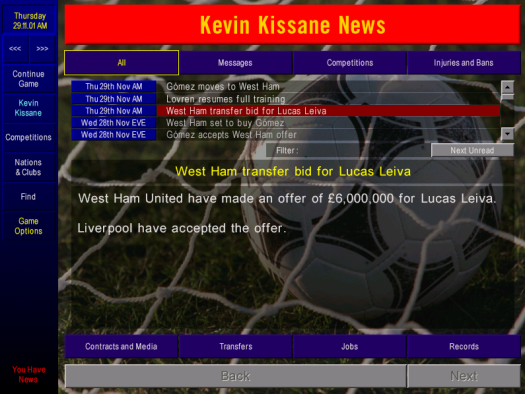 The season is over for one of the Premier League’s biggest stars. Arsenal’s Mesut Ozil will be on the recovery trail until next season. 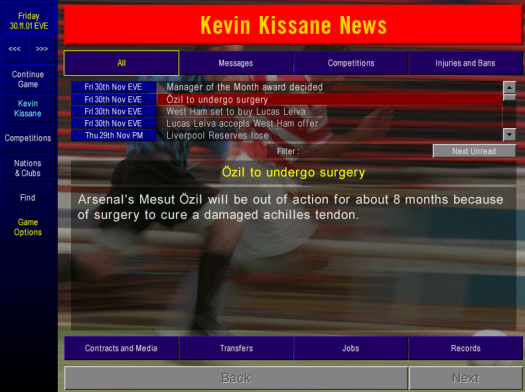 Unfortunately, due to technical difficulties, the table screenshots for November did not save. As a change of format, let’s cover Manager/Player of the month.

Last month it was noted that reigning champions Leicester City were finally recovering from a dreadful relegation-placed start to the season. A November record of 4 straight wins is impressive, but even more so when 3 of those come against Arsenal, Man City and Chelsea. And with only 2 conceded in those games, it’s a richly deserved award.

I should be wary. Leicester are Liverpool’s 1st December opponents. 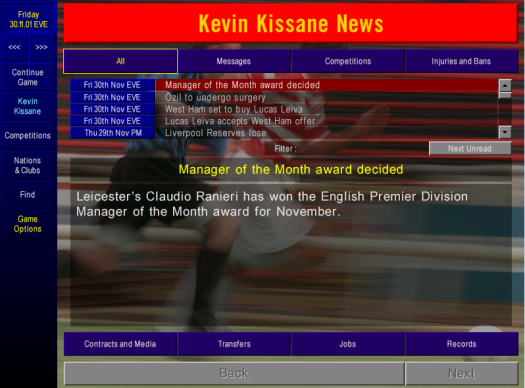 And some recognition for Liverpool also. Roberto Firmino managed the player of the month for scoring just 2 goals. He has put in stellar performances, but personally Emre Can has been better, having slotted into Lucas’s previous role superbly. Can also contributed 2 match winners in that time. 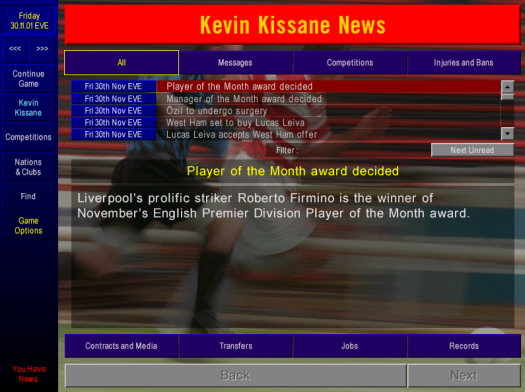 And so ends another month. A defeat finally registered, but hopefully it is just a minor mark on an otherwise great start to the season for Liverpool.