THE CAVEAT: Any transfer bids must be accepted. All Van Dijk-style approaches welcome. My hands are tied.

Welcome back. Assuming after last month’s table mishap you’re all itching to know Liverpool are getting on. Right? No? Well tough. On with the show.

In transfer news, Burnley grab themselves a bargain. No matter your views on Joe Hart, less than a million pounds is great business.

The other transfer is much closer to home, with Lucas finalising his move to the Hammers. At least i secured the full £6m valuation. It will no doubt come in handy later.

A close encounter is settled in a fortunate manner for the away side. A Coutinho flick on, unintended directly at goal, completely deceives Zieler in the Leicester goal. Nonetheless, this is an excellent away win, destroying Leicester’s 4 game winning streak.

New signing (and captain) Joe Hart can’t prevent Burnley’s record of the league’s worst defence. Burnley are simply out matched and blown away all over the park.

Elsewhere, the FA Cup is rearing it’s head, with Premier League sides of course joining at the 3rd round stage.

Not a bad draw. Bristol Rovers are 20th in League One, so this should prove a good opportunity to play a fringe team.

It’s been a while without any major injuries, but Milner will be out of action for a month. Thankfully he is mostly a stand in. Christmas is always crunch time. 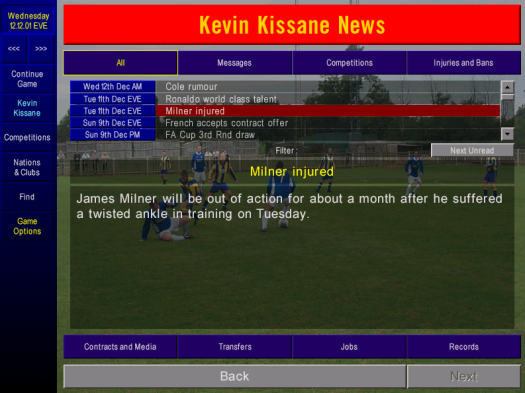 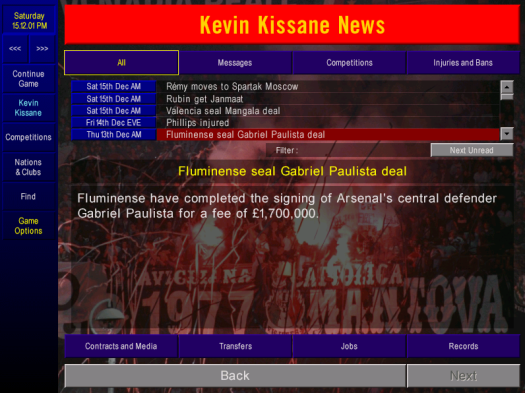 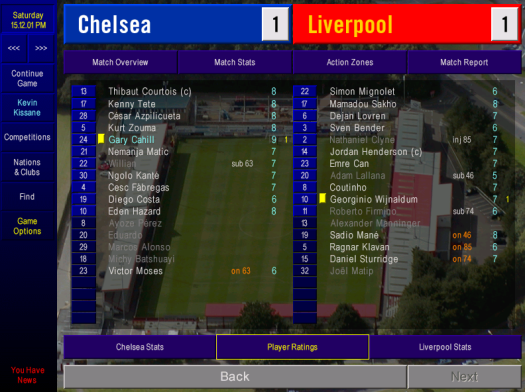 Eddie Howe’s Chelsea are a resilient bunch. Victory looked to be in site yet again for Liverpool, with Wijnaldum’s 85th minute strike. That is until Gary Cahill leveled the tie with Chelsea’s only shot on target – with the last kick of the match. Clyne also had to depart with an injury. 2 points lost – will it be pivotal?

As we approach the halfway point of the season, and with 2 point dropped in gameweek 18, i thought it prudent to update you on other would-be chasers. Everton win strongly thanks to the ever-present Romelu Lukaku, but thankfully 2nd place Man Utd slip up at home.

Sure enough, 1 injury becomes 2. Clyne is an important player, of which Milner could cover was he not injured himself. 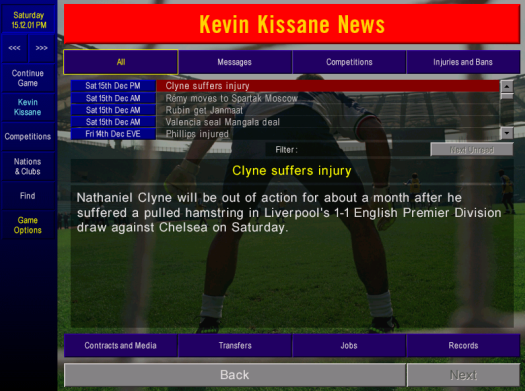 Still in gameweek 18, Arsenal come unstuck again. This time however to bottom side Burnley, who come from behind to take 3 precious points. For Arsenal it leaves them trailing way behind at the top. Wenger out?

And then, the worst possible bombshell arrives. 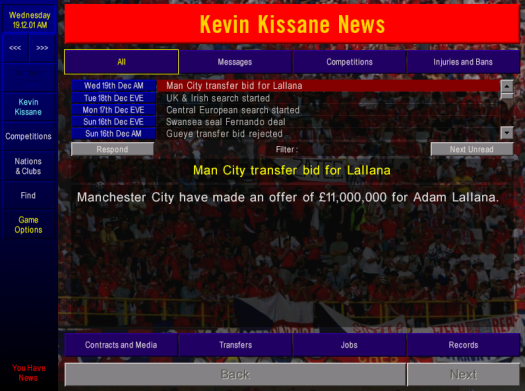 It’s a good fee for a player who has been so vital all season long. In 17 games Lallana contributed 3 goals and 5 assists, also performing consistently well. First Lucas, now Lallana. My midfield is getting thinner each month.

Player of the year awards:-

As usual, nothing from the Premier League. Pfft.

Following a report on prolific young Ajax striker Kasper Dolberg (6 goals in just 2 starts), he looks a good prospect for the future. Available at £5m, i decide to put the Lucas money to invest.

Firmino on fire when it matters yet again. He scores the winner in a thrilling 2-1 victory, shortly after Arsenal equalise. Bender and Lovren are performing consistently at the back and Can equally impressive as Lucas’ replacement. Things are not looking good for Arsene Wenger.

And so the Arsenal match proves to be Lallana’s last for Liverpool. Manchester City are not having a great season under Pep so far, languishing in 15th, but the lure of Champions League football cannot be underestimated. 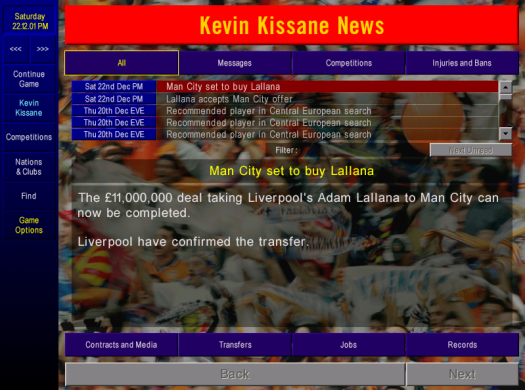 It appears the departure of Lallana has had some repercussions. I think it is time to invest some of the acquired kitty into the first team. Merry fucking Christmas. 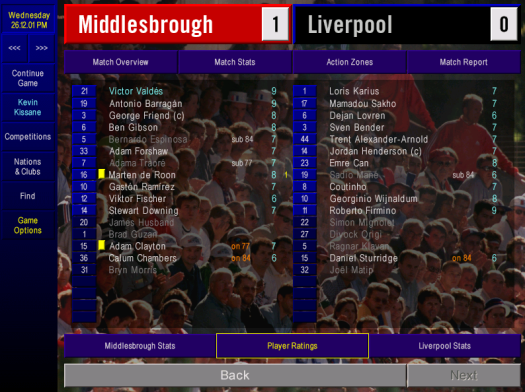 Middlesborough’s defence was simply superb. And with the goal coming from their only shot on target, pretty perfect in the final third too. Liverpool could not muster anything from great attacking play and 8 shots on target. Victor Valdes well up to the task. It’s defeat number 2, and we’re just past the halfway mark.

Elsewhere in this gameweek, Adam Lallana’s first game for City is a win that takes them up to 14th, and Man Utd falter again, this time at Stoke. Tottenham are slowly emerging as another form side, with Harry Kane looking impressive. Champions Leicester continue their season recovery, heading up to 8th.

Bottom club Sunderland simply roll over to Liverpool’s dominance, with only Jordan Pickford’s goalkeeping keeping the score respectable. Sunderland look doomed on the evidence of this. 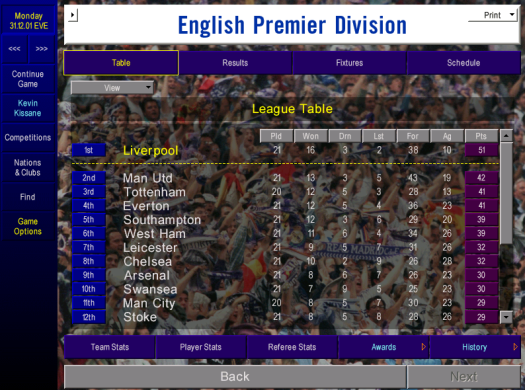 The 2 month suspense was worth it, wasn’t it? Top of the tree, 9 points clear, and actually conceded less goals than games played! Lallana’s arrival at Citeh contributed to an upturn in form, ending the year 4 places higher in 11th. Chelsea are also improving under Eddie Howe, climbing to 8th, with champions Leicester a place above. Impressive considering they started November in 15th place.

At the bottom, a 7 point gap has formed between the relegation zone and the rest of the pack. Watford, Burnley and Sunderland have only 5 wins between them. At least none of them will be the next Derby County.

On-wards and upwards. Until next time!