THE OBJECTIVE: Bring title glory back to Liverpool. This Coutinho is a loyal one.

THE CAVEAT: Any transfer bids must be accepted. And the window closes this month.

March heralds the end of the transfer window. It could also spell the end of cup and title runs should form dip dramatically. Lucky i’m not playing as Arsenal.

Well i can’t believe this. Once again Spurs get all the monthly awards. Apparently being top of the league since day 1 of the season doesn’t count.

Little complaints on the player awards. Harry Kane and Debbie Alli of the White Harts have certainly been superb. 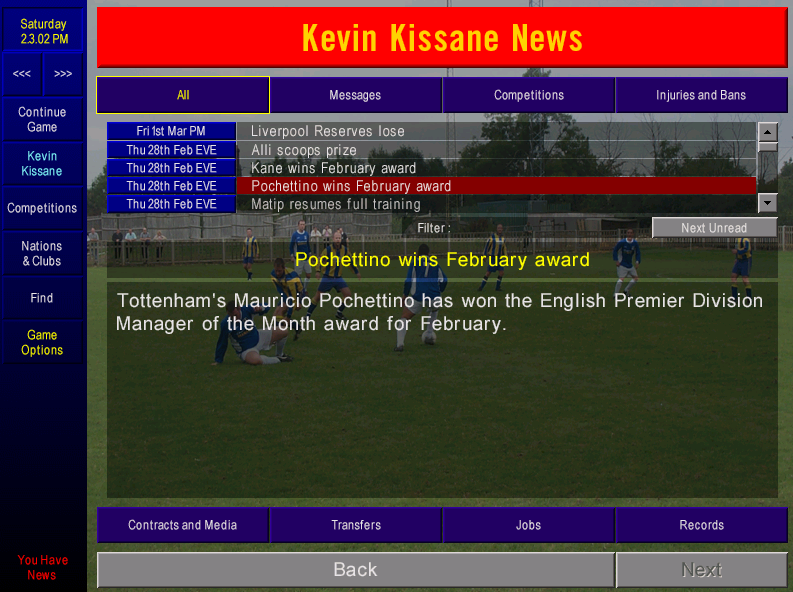 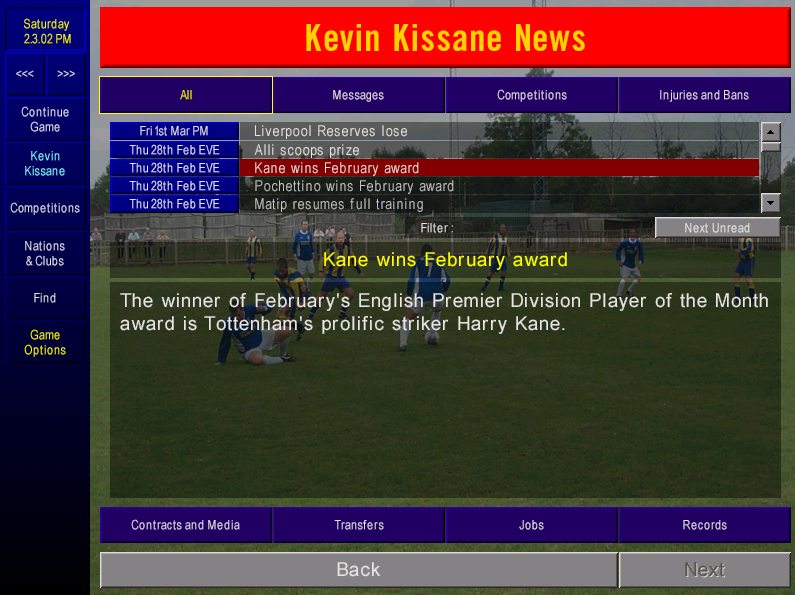 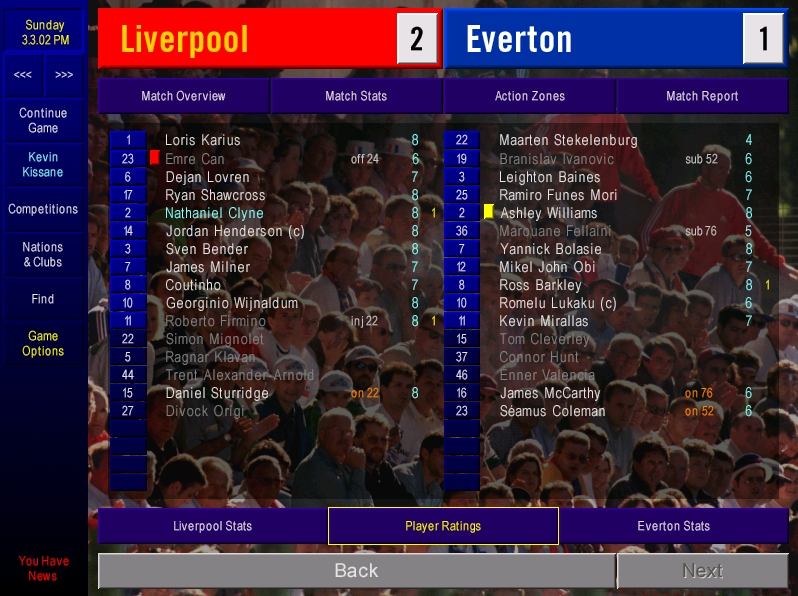 It’s one hell of a Merseyside derby. Firmino breaks a toe shortly after his 16th minute opening goal. Emre Can is red-carded for a high, two-footed hack on Funes Mori. Everton equalise through the resulting set piece. Maarten Stekelenburg has a howler of an afternoon, gifting both Firmino’s opener and Clyne’s winner on 38 minutes.

We come out on top. We go on. The FA Cup quarter final is next. 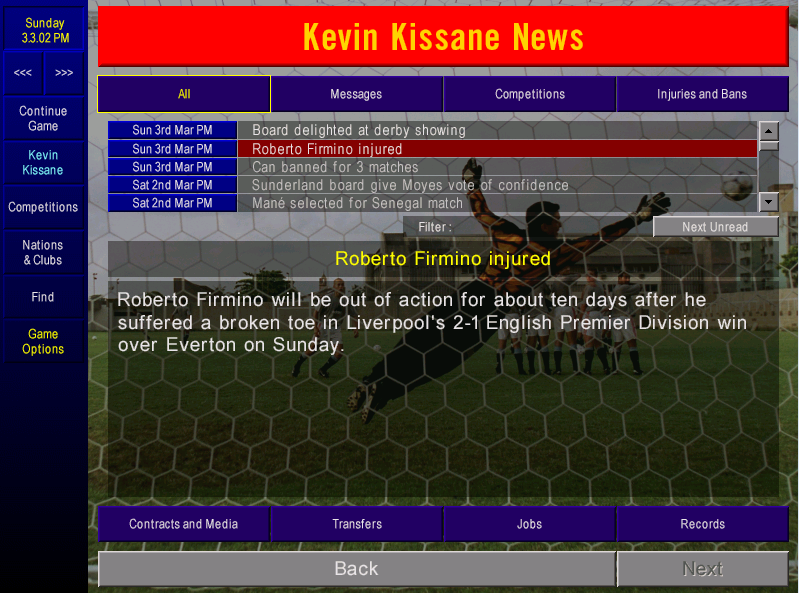 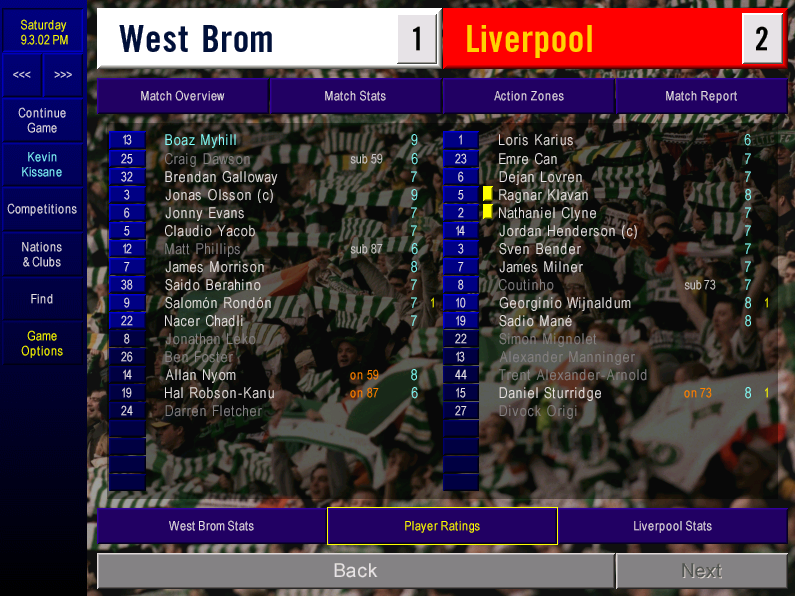 With Firmino out for a few days, i’m a little weary of Sadio Mane’s work permit renewal. So it’s the perfect time for him to show his worth, given he hasn’t been a regular all season.

The resulting performances of many are, as ever, very pleasing. The Hawthorns is no easy venue to go to, with many a top side becoming unstuck. But it’s the introduction of Daniel Sturridge that makes the difference. His winner with 10 minutes left halts West Brom’s revival of the tie just a few a minutes earlier.

On to the semi-final!

Great. Liverpool’s bogey team. Should be interesting. It couldn’t be more neutral a venue either, at Derby. How it should be done. Not this Wembley semi-final rubbish.

The biggest game of the season so far. A defeat here could mean surrendering top place for the first time this season. Possibly for the rest of the season, given Spurs’ form.

Except for Emre Can’s suspension and Firmino returning from his broken toe, Liverpool are at 100%. Milner fills in at left back as he has done effectively on occasion. Sturridge deputises for Firmino. This is a big ask, given the handful of appearances this season, but his goal return has been vital regardless.

The battle of wits is won by the side at the top. David Silva’s stunning half volley just before half time clinches a crucial title race victory. Eight. Games. Left.

Elsewhere that week, Man Utd’s European campaign is over. Despite taking a 1-0 lead to Lyon, De Gea’s sending off opened the floodgates. Lacazette bagged a hat trick as Lyon hit United for 5.

Injury update now, and this is annoying. Especially when key players get injured in international friendlies. Irritating.

Well that’s the transfer window closed for the rest of the season. No further bids means no further transfers. No more distractions except for potential injuries. 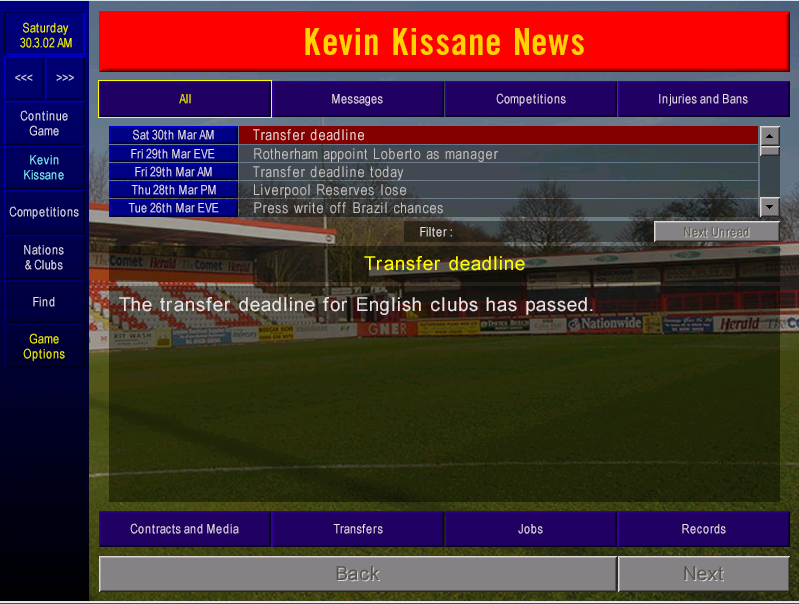 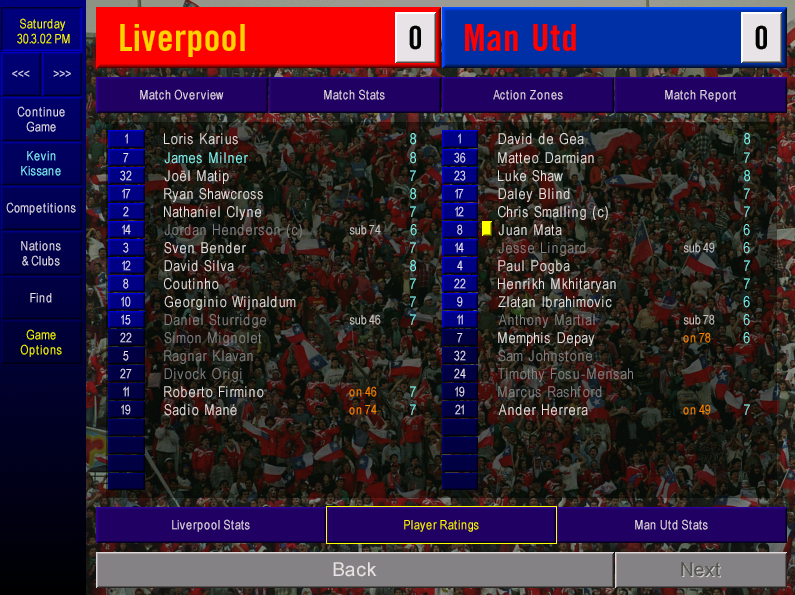 It could have been worse. It also could have been better. Hardly a spectacle, which is usually the case, but 2 points lost really. Spurs’ next match isn’t until next month, but fingers crossed for a decent result.

Seven games left. Liverpool completed the double over their nearest rivals. 5 points clear but Spurs have a game in hand.  Liverpool are still in control of their own destiny, although that’s been the case in the past….. The pressure is real.

2 wins and a draw for Man Utd keep them in touch with the top 2. West Ham also continue their push for a European place, losing only 6 matches all season. Oh how Bilic would love that form right now! 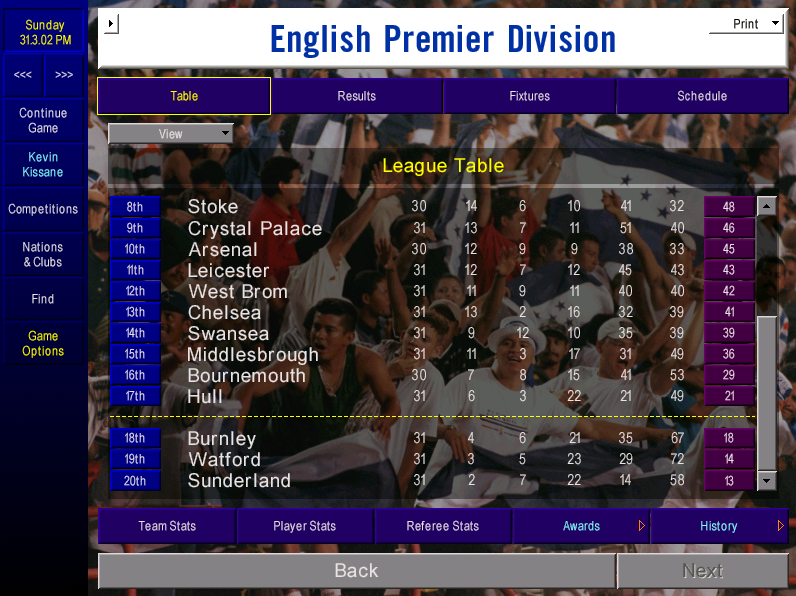