THE OBJECTIVE: Bring title glory back to Liverpool. This Coutinho is a loyal one.

THE CAVEAT: Any transfer bids must be accepted. Although the window is over, players can still be approached for end of season moves.

April. FA Cup Semi Final. Liverpool STILL top of the league. Some European competitions also happening, or something. They don’t matter till next season. On with the show.

Before the monthly awards, in March I missed the small matter of just the 2nd sacking of this Premier League season. David Moyes finally departs Sunderland, who are rock bottom and doomed anyway. Shrug.

There was also the small matter of the League Cup final. Liverpool exited at the 3rd round stage to Derby, who lost 4-0 in the next round to Everton. Huh.

In this final, the far superior Spurs win convincingly, despite a scare at the end when Iheanacho pulled a goal back in the last minute. I expect Spurs to drive Liverpool to the wire in the Premier League; this will only aid that momentum.

Well fucking hell. Finally some recognition. Former Liverpool striker Christian Benteke on the other hand has had an impressive month. 4 goals scored in Crystal Palace’s 2 wins and a draw. 4 more than he ever managed in a Liverpool shirt in a single month. 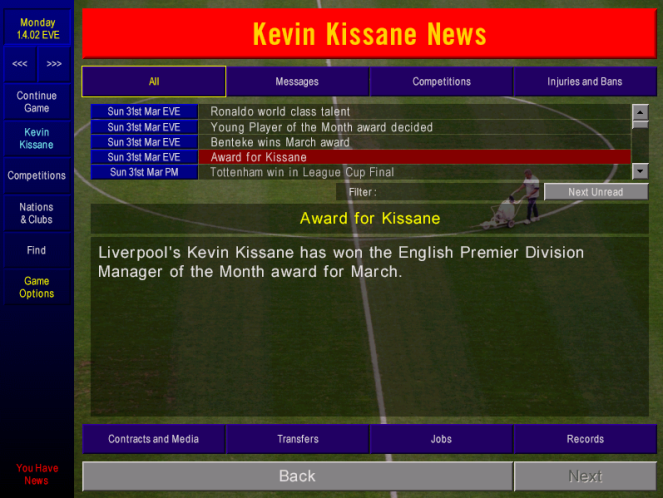 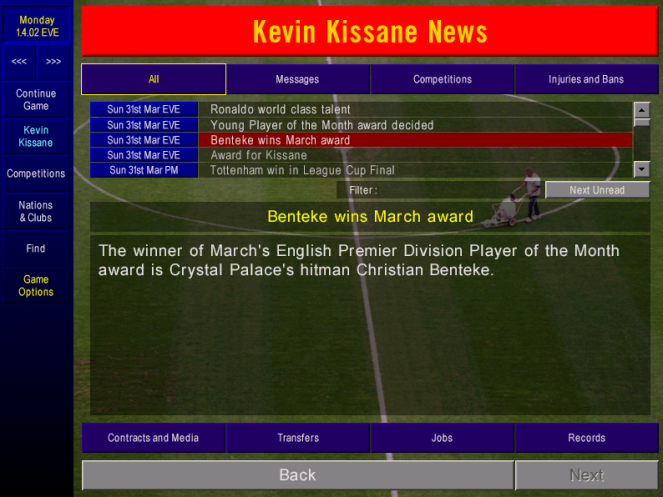 Another month, yet another injury. Given it’s the captain, it does make it more significant. Hendo has been fantastic all season. 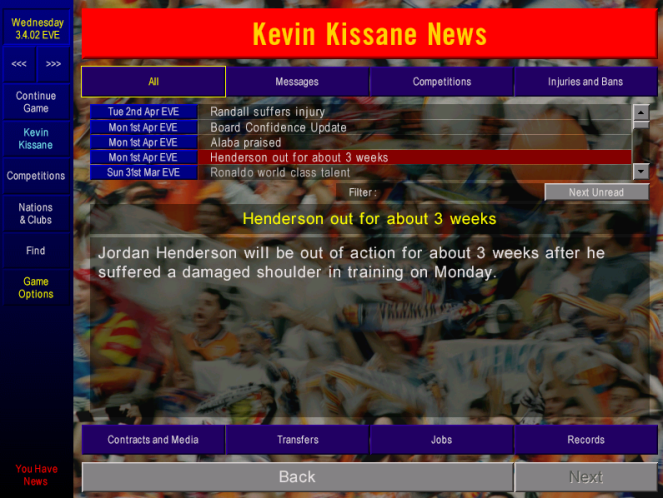 The prolific Harry Kane takes the Players Player of the Year award, with Zlatan and Benteke in behind. The goals from all 3 have certainly been the reason for their respective teams’ league positions.

The PFA team of the season is pleasing from a Liverpool perspective. Although Roberto Firmino has been Liverpool’s main striker all season, this team has him in midfield. Ryan Shawcross improved an already solid Liverpool defence, but it was also his Stoke performances that caught my eye in the first place. Loris Karius has also played a massive part of the best defensive unit in the league.

Overall the side is dominated by sides at the top, with 9 of the players coming from Liverpool, Spurs and Man Utd respectively. 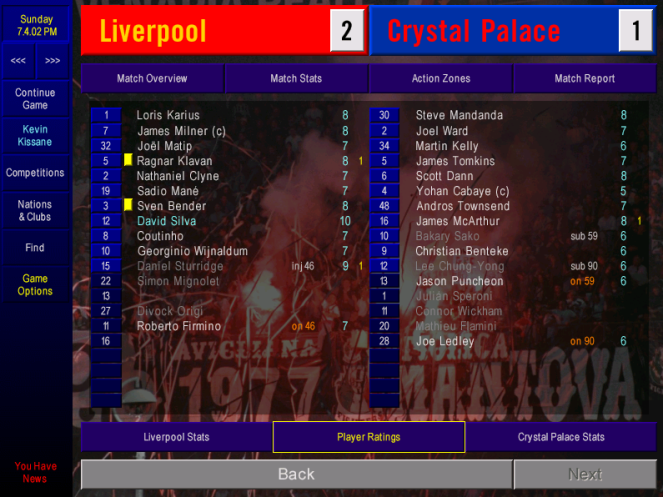 It may have been only 2-1, but Liverpool were by far the better team. Palace quickly canceled out the opener by Sturridge, while Firmino was rested. Firmino was introduced following an injury to Sturridge at half time, but it was Klavan’s header that settled the tie. Given the absences of captain Henderson and Lovren, Klavan and Sadio Mane covered perfectly.

This is a hiccup Liverpool simply cannot afford to have right now. Dropping 2 points to a side almost certain of relegation is potentially disastrous at this stage of the season.

Elsewhere in gameweek 32, Spurs pick up a big win in the North London derby. They’re chipping away at Liverpool’s lead at the top. And the games just keep on coming.

Fuck. It’s all tumbling down. Leicester keeper Zieler has the game of his life, keeping out Liverpool’s TWELVE shots on target. Leicester manage 2 and score from 1 of them. Even down to 10 men Leicester’s resolve could not be broken. As a result Liverpool’s title dreams could be just that.

And the other gameweek scores:-

Holy shit. Spurs win at Bournemouth. That’s 5 points gained in 2 successive matches. By my reckoning that puts Spurs level on points with Liverpool WITH A GAME IN HAND. Liverpool have 5 games left. I can’t cope.

Ok, this is better. Karius earning his stripes in this one, keeping out everything Palace had to offer. It’s at this stage, now more than ever, that players need to stand up and be counted. Even then i don’t think my heart can take it.

Spurs don’t play for another 3 days, so the pressure is back on them for now. Hull Lose yet again, dragging them closer to the bottom 3. West Ham maintain 4th position with another home win. Arsenal cement mid table in a catastrophic season with defeat to Mourinho’s Man United to remain in the Champions League spots.

Liverpool took a couple of bad results following the injury to Jordan Henderson. James Milner, having only featured sporadically all season, has stepped up the plate in Hendo’s spot. A 10/10 performance is exactly what is required.

A Kane-less Spurs come up short at the Hawthorns to give Liverpool a lifeline in the title race. United win again. Hull lose again. Manager-less Sunderland appear determined to drag Burnley down with them. The season is unraveling week by week now. Squeaky bum time.

Another tight result against a team at the bottom. Only Liverpool could do this to its fans. Sadio Mane, brought on at half time for the isolated Wijnaldum, makes the difference with the match winner. He hasn’t featured all season, but this could be the goal that secures the title. Just keep winning. Just keep winning.

Unfortunately that’s what Spurs keep doing. Winning. They’re pushing Liverpool to the wire. Elsewhere, Man Utd have improved dramatically since dropping out of Europe. That’s 11 goals in 5 games for them. Liverpool have scored 6 in that time. But they’re still in pole position. Watford and Sunderland truly look doomed after defeats yet again.

In the Championship, Newcastle and QPR are back in the Premier League next season after achieving promotion.

Should Spurs win their game in hand, only Liverpool’s superior defence keeps them top of the table. The top 4 sides are now confirmed, it’s a battle for 3rd place between Man Utd and West Ham. West Ham having their best ever season in the Premier League era with 21 wins and only 6 defeats. Southampton are a side that have slipped under the radar a little. They are having an excellent season, currently in 5th place, heading above the declining Everton. 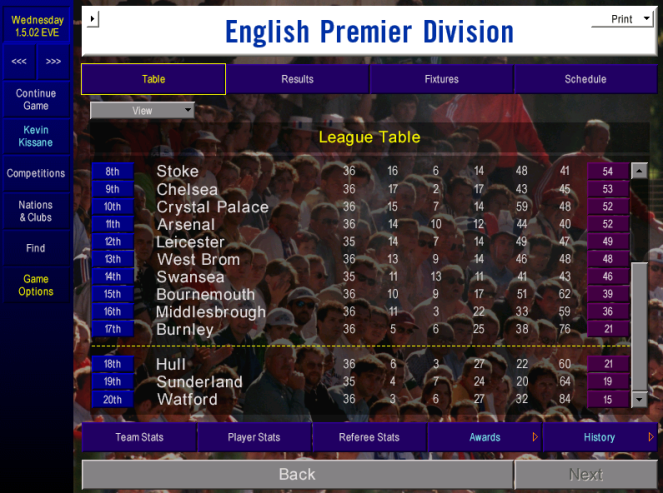 Down below, Hull are now in the drop zone themselves. They have lost more games than Burnley and Sunderland. Plus, Burnley’s 38 goals almost doubles what both Hull AND Sunderland have combined. So any 3 of these 4 will go down.

It’s tight at the top. With only 2/3 games left of the season, every point gained/lost will have repercussions. Next month: The conclusion of the Premier League season!