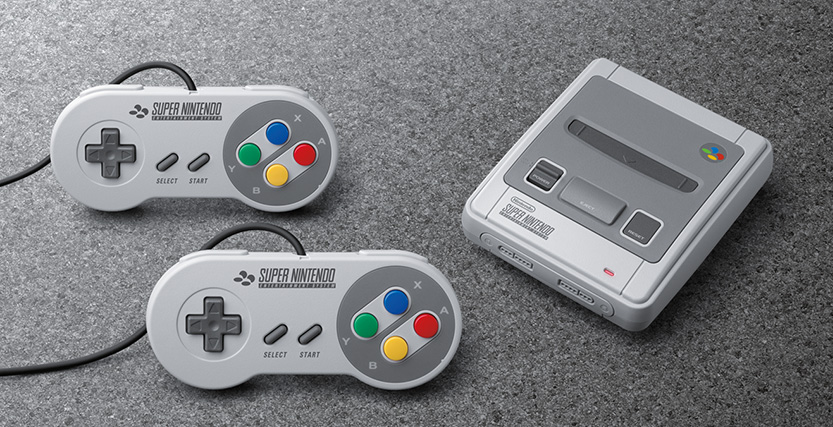 In September 2017 the dreams of retro videogames fans around the world were realised once again. The successor to the sold-out NES Mini, the Super NES Mini, hit stores worldwide. The Super NES Mini will follow the mould of the NES Mini by including 21 of the most classic games the platform has ever produced.

16 of the 21 titles are locked-in for all 3 regions of release (Europe, USA, Japan), with the remaining 5 differing slightly for the Japanese release. Regardless of their quality (I’ll get to that), what is consistent with all the titles is they are all more than 20 years old. Many younger gamers may have never sampled any of these classics, or possibly never even heard of them. In the case of the latter I’ll just assume you’ve been living under a rock or something.

BUT! The Super NES Mini should be the perfect way to address both these predicaments. So please join me as I give the lowdown on every game for each region. 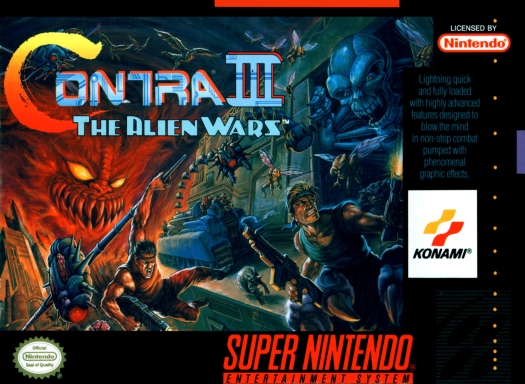 Konami’s superlative platform-shooter was one of the first games released on the SNES. Thanks to the upgrade in technology the SNES provided, this edition of Contra radically improved the NES classics; climbing walls/ladders, hanging from bars/walls whilst shooting, even commandeering tanks. The SNES’ Mode 7 chip also assisted in creating alternate levels with a top-down-view. These utilised the new shoulder buttons of the SNES control pad to turn your character 360 degrees. 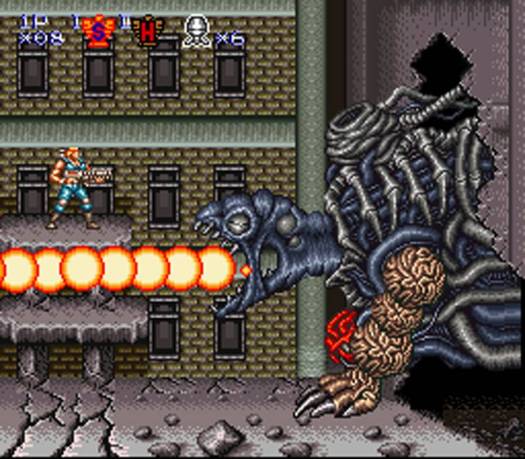 Long-time fans will note that in Europe the series is no longer visualised as futuristic robots. In the 1990’s the series was repackaged as Probotector; presumably changed to appear less violent for the European audience. Enemies were also robotic, not human. That is until the Wii U Virtual Console ported the US version in 2014.

Regardless of the lick of paint, the action is non-stop and as break-neck as it is neck-breaking in difficulty. At times, anyway. While it may have a steep learning curve Contra III is super fun, particularly when teaming up with a friend.

We’re one title down and it is a worthy one. 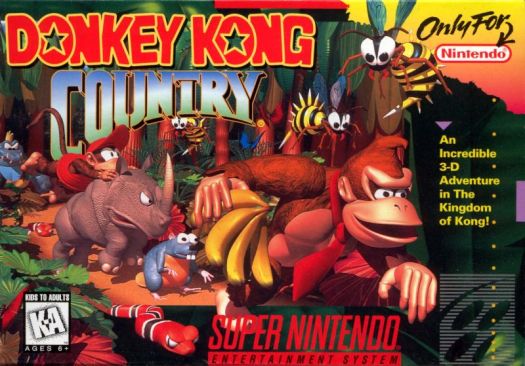 Donkey Kong Country was the game to launch Rare as one of Nintendo’s top developers back in 1994. It is still the best alternative platform series to Super Mario across all Nintendo’s consoles. Nay on all consoles. Come at me.

The visuals were ground-breaking of the time. Rare visited Twycross Zoo to study and record the movement of Gorillas. This ultimately led to the brilliant 3D rendered graphics of not just Donkey Kong, but a family of Kongs. Most notable of these new characters was Diddy Kong, Donkey’s playable companion and eventual series successor. Diddy went onto be the star of the 2 sequels that followed, but didn’t make the cut here, although arguably better games. 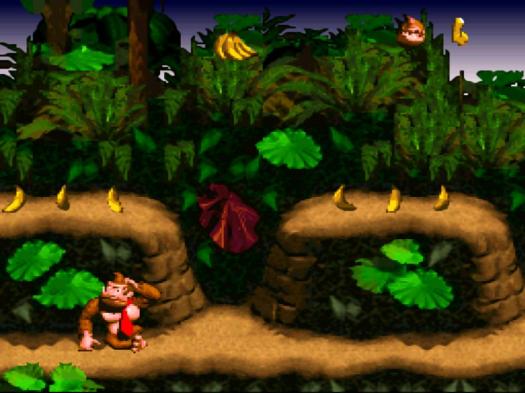 Like Super Mario World, DKC uses various world maps to navigate multiple stages within each. Each world portrays basic themes such as forestry, ice, or underground mines. The action is side scrolling, so nothing new when compared to Super Mario World, but the rendered graphics give it a unique character.

DKC was also the beginning of another massive Nintendo franchise. The afore mentioned 2 SNES sequels were accompanied by the wonderfully challenging Game Boy Donkey Kong Land series. Even Diddy Kong Racing, a Rare-developed Nintendo 64 racing game became the biggest rival to the Mario Kart series for a time.

Donkey Kong Country was one of the SNES’ most important titles ever back in 1994. While it is considered frustrating for some, over 20 years on, it is no less frustrating than Retro Studios’ more recent efforts. It still deserves to be revisited and re-appraised. 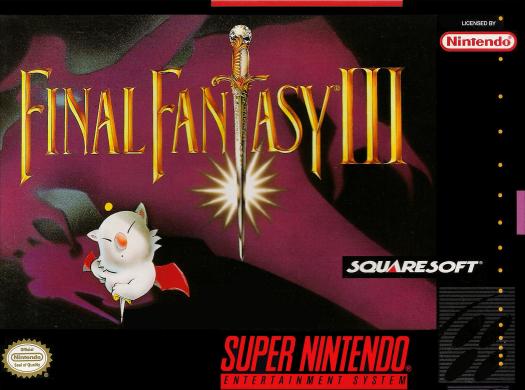 One of the historic frustrations of a European SNES gamer was seeing critically acclaimed titles not even seeing a release. It took 16 years of salivation for the SNES version of Chrono Trigger to finally get a release on Nintendo’s Wii Shop Channel. It was even longer for this Hironobu Sakaguchi-produced masterpiece. The huge success of the Playstation 1 epic Final Fantasy VII paved the way for a PS1 release in 2002. This incorporated full motion video scenes to appeal in the next generation of video games. 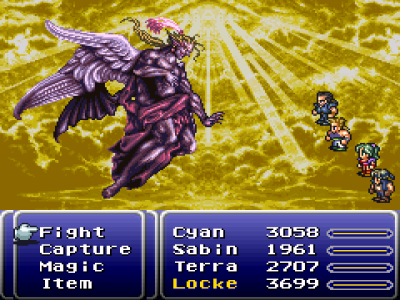 This version however is the original classic. It is often regarded as the greatest Final Fantasy game ever, and is definitely up there with the best the SNES had to offer. The traditional overworld/dungeon/town maps, menu-based combat and active time battle are in full flow here. These became trademarks for the western onslaught of Final Fantasy titles, names VI to X.

Final Fantasy VI is the SNES Mini title I’m looking forward to the most. Having only sampled the PS1 version, this could be worth the asking price alone. 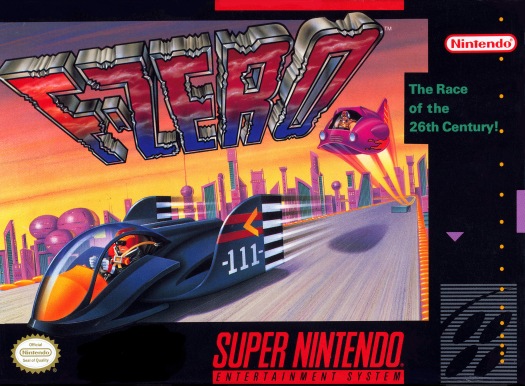 Nintendo’s futuristic racer is modern motor racing mayhem set in the 26th century. Back at its original 1990 release, it also happened to serve as the perfect showcase of the SNES’ technical capabilities. The frantic twists and turns of 15 tracks that roll out like carpet; seamlessly so thanks to the smoothness and rotation of the SNES’ Mode 7 technology. In terms of sheer pace there are still very few videogames like it.

Over the years however its limitations have started to surface. At best you fly (ok, hover) through an exhilarating array of tracks. At worst, you bounce repeatedly off the track walls until your choice of just 4 cars crash into flames. Generally the experience meets somewhere in the middle, depending on your level of reaction/tolerance. I can only imagine it’s a vision of the future that car insurance companies can only dream of.

F-Zero’s lean content can make it feel and look little more than a supercharged tech demo – but it is one hell of a ride while it lasts. Practice gives F-Zero’s perils of power racing only a marginally easier perspective; even the most talented driver (especially on the ‘master’ setting) will find themselves bouncing like popcorn in a microwave.

Nevertheless, F-Zero is an iconic SNES title. Back at the SNES’ Japan launch, F-Zero was one of only two games available. Plus it really is one of the SNES’ best showcases of its capabilities. It served as an example to its competitors that the SNES meant business. And of course, the fact the Super-Nes Mini is even a thing in the first place, proves Nintendo right.

So that’s the first 4 titles covered. Are you looking forward to any/all of these?