“The game is long gone before his hat trick is complete, but that makes it all the more worth it against shithouse Sergio Ramos and company. This result has been a long time coming.”

THE OBJECTIVE: Chelsea want their title back. As all entitled Premier League clubs do.

THE CAVEAT: This time, they can’t buy it. Any transfer bids must be accepted. No players can be purchased.

Well, it was never going to be me, was it? I had a feeling on this one, and yet upon inspecting the stats, I’m inclined to question it. Of their 6 matches in December, only 2 were wins. 3 draws (albeit 2 of them against City and Leicester) were also clocked, as well as their first defeat of the season against a mid-table Spurs side. Hmmm.

As far as Premier League memories go this past decade, Sergio Aguero already takes the crown with his now-iconic 2011-12 title-sealing effort. Now in his ninth season at City, the Argentine attacker continues to cement his legacy in Premier League folklore. The 4-time champion has taken the monthly award 6 times, so this is simply another one for the cabinet. 2 keys goals, an assist as well as an 8.3 average rating make him the best player for November.

As for Chelsea, the board seem a little happier than “satisfied”. Quite surprising considering the stuttering league form. Speaking of which, next up is Norwich away.

As Jurgen Klopp once famously said “Boom”. This one was over in the first half, a fact cemented following the red card to Norwich keeper Fahmann. Only another injury scare to Kante being a blemish on the day. Thankfully he is out for just a few days. And now…..

Remember this? It is likely going to one of the season’s defining moments.

Bit of a problem there Jody, HE LEAVES THE CLUB IN TWO WEEKS.

And just look at this. He was the club’s top scorer, played every match, then took the Barca bait. Yes, I subsequently dumped him in the reserves as a result. But pleading that the move is to acquire first team football? Good one pal. You had your chance.

Now here comes the boom! Giroud is preferred in the striker role, and the return is Champions League gold. The game is long gone before his hat trick is complete, but that makes it all the more worth it against shithouse Sergio Ramos and company. This result has been a long time coming.

ARGH. More frustration on the return to the domestic front. Sheffield United simply had the answer to almost everything Chelsea threw at them. The introduction of Champions League hero Giroud gave them a chance, but Chris Wilder’s men held off Chelsea for a great win in front of their own fans. The indifference continues.

In other results, Manchester United get another win, and relegation-threatened Southampton pick up a vital win against European-placed West Ham. So, a chance for Chelsea to catch up is lost for now. Bottom of the table Newcastle are well beaten yet again, and Spurs maintain mid-table mediocrity with a high-scoring thriller at Wolves. And now news from the upcoming third round of the FA Cup….

Could have been a much easier draw for sure. Turf Moor is rarely an easy place to go. Could be interesting.

Big transfer alert! French international striker Alexandre Lacazette is on his way to Germany for a big fee. He has surprisingly only featured in 2 fixtures for Arsenal this season, and with Aubameyang running away with the goals this season, Lacazette is taking his chances (hopefully) at his compatriot’s former club.

In the league cup, Chelsea’s next challenge will be away at Wolves in the quarters. Another difficult prospect. And it is up next.

And so, the first cup elimination of the season. Hopefully the last of course. A topsy-turvy first half ends all-square, but Wolves come out on top in a tight second half. I guess you can’t win them all.

The other London club playing the same evening also go out at the quarter final stage, after a more comprehensive defeat to Sheffield United, who have started December very well.

Over in Japan, Champions League winners Liverpool take on Boca Juniors, following their own Copa Libertadores glory. And it’s the Premier League side that come out as World Champions. Nice. 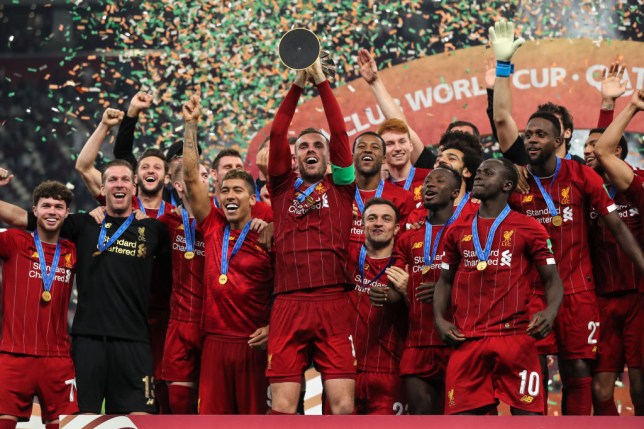 And now for more transfer news…..

Blimey. As far as transfer fees going in CM 01/02, this is as big as they come. Not content with turning Tammy Abraham’s head, Barcelona bring back the Brazilian moody midfield marauder to La Liga.

Nothing. Not even a sniff. So far this season it has been blank after blank against the top 3. Not even a goal. Let’s move on to other results.

That win for City cements 2nd place behind Leicester, who obliterate lowly Newcastle United, who surely look doomed. With both Manchester United and Liverpool drawing in their respective matches, the top 2 pull away a little bit more.

With just 4 wins all season, this comes as no surprise. What is a surprise is the timing, with Southampton on a 2-match winning streak when the trigger was pulled. Will Southampton come to regret this decision?

A disastrous first half saw Chelsea well behind at 2-0. Thankfully swapping out the awful Pedro for Pulisic at half time sprang the midfield into life, as Chelsea clawed the game back for a draw. Jorginho, after securing the draw, is out for a few days with a twisted knee. With 3 matches left in this month alone, could it be a costly few days?

The answer is… sort of. Chelsea are not short of quality in midfield for sure, but Jorginho has certainly been key to any success. Unfortunately, it is Kante who has a stinker, and is removed before being removed by a second yellow card. Once again shot to goal conversion rate is the big question mark here – the team simply isn’t delivering on the chances they are creating week in, week out.

Well now, this is an interesting appointment. Gerrard has had enough of the dizzy heights of the SPL and jumped at the first available Premier League job that came up. I guess we’ll now see what he is truly made of.

4 goals? That’s fantastic! Problem is, after going 3-0 with a little over 30 minutes to play it obviously went to Chelsea’s head. The missed penalty obviously wasn’t a heeded warning, as Arsenal go on to score with almost every attack. You know, to see it unfold on your screen, 6 goals scored in what felt like less than 60 seconds. The lead truly was too good to be true, but thankfully there was enough resolve to scrape a last-second draw. Phew. We’re halfway through the Premier League season, and Chelsea literally sit halfway in 10th. 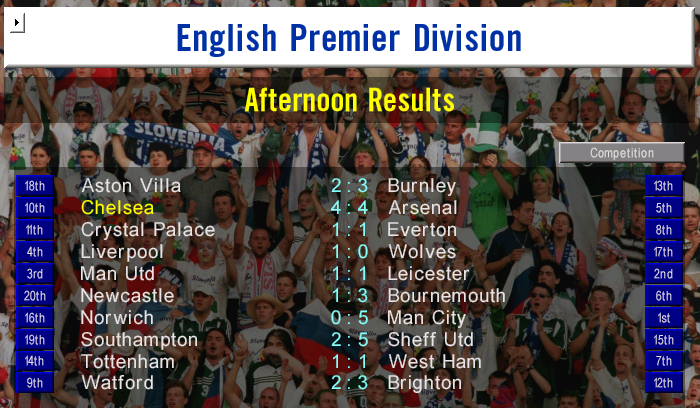 Other picks from the gameweek include a demolition at Carrow Road as Man City hit them for FIVE. They also move into top spot for the first time this season, as the battle between 2nd and 3rd ends in a stalemate.

Steven Gerrard’s first match as Southampton boss also leaves them hit for 5 at home, by Sheffield United. Ouch. Newcastle lose yet again at home, this time to Bournemouth. It doesn’t look good at all for Steve Bruce. Maybe it’s time to return to penning football-related mysteries. One can but dream.

Now this is a strange one. There was no news article advising Nuno Espirito Santo had left the club in any capacity. So, what on earth happened? A quick search for Wolves’ most important manager in decades shows he has moved onto the Portugal national job. Huh.

This one deserves a big poof of the cheeks. Only the second win in 7 league matches in December. Not the best month by a long way.

That last win puts Chelsea back up to 8th. Looking at Spurs in 14th, they have 2 games in hand which could see them nudge out Chelsea. The departure of Nuno from Wolves actually shows they’ve been left perilously close to the relegation zone, with just 4 wins all season.

Speaking of which, Villa, Southampton and Newcastle are locked at the bottom. They are also in danger are falling further away from the rest of the league.

And now, time for a potentially season-changing piece of news……

That’s right, Chelsea are back in the transfer market! Tune in next time for a bumper January review and transfer special!

Catch-up on what you’ve missed here:-

Championship manager and its fan made updates are available as freeware from http://www.champman0102.co.uk/

For this blog the October 2019 data update was used.