“it is time for the DC animated movies to get a fresh start themselves. And this time, they’re doing it with the hero that began the DC Animated Original Movies line: Superman.” 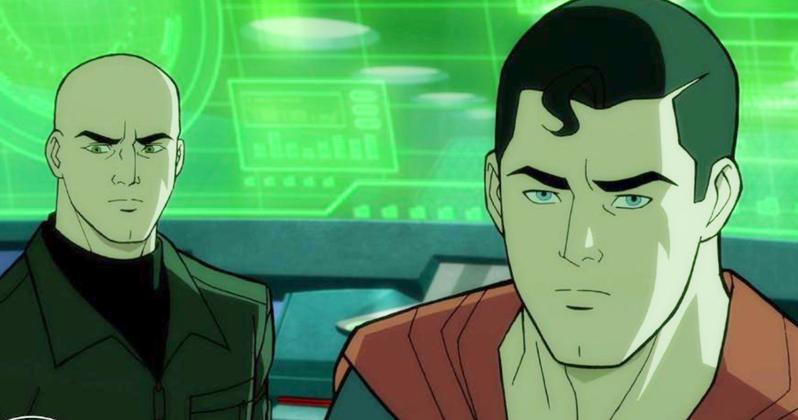 If there’s one thing DC loves, it’s a reboot. Usually a tactic reserved for comic books, as the continuity is “reset” every few years, this has now become a thing in comic book movies. There have been “reboots” for both Superman and Batman in Hollywood. The former began with Man of Steel, now part of the DC Extended Universe, while the Batman franchise, now also part of the same universe, is about to venture into its second reboot in less than 20 years. Now it is time for the DC animated movies to get a fresh start themselves. And this time, they’re doing it with the hero that began the DC Animated Original Movies line: Superman.

The release of Justice League Dark: Apokolips War last month marked the end of the 6-year, 20-movie DC animated movie universe that began with Justice League: War. It was a universe within a universe, with the full series of original movies truly beginning with Superman: Doomsday in 2007. Now, with Butch Lukic at the helm as the new Supervising Producer, a new continuity begins with Superman: Man of Tomorrow.

Warner Bros have already dropped the trailer and debuted the box art and release date for the upcoming movie:-

As usual, there are several special features included. They have been revealed as:-

The movie will be directed by Chris Palmer, who has previously directed several episodes of Voltron: Legendary Defender, and written by Tim Sheridan, the scriber of The Death of Superman and Reign of the Supermen. The official synopsis is as follows:-

“It’s the dawn of a new age of heroes, and Metropolis has just met its first. But as Daily Planet intern Clark Kent – working alongside reporter Lois Lane – secretly wields his alien powers of flight, super-strength and x-ray vision in the battle for good, there’s even greater trouble on the horizon. Follow the budding hero as he engages in bloody battles with intergalactic bounty hunter Lobo and fights for his life to halt the attack of power-hungry alien Parasite. The world will learn about Superman … but first, Superman must save the world!”

“Superman: Man of Tomorrow is an inspiring retelling of the DC Universe Movies’ backstory for The Man of Steel, taking the audience to his early days as an intern at the Daily Planet – and his beginnings as a learning-on-the-job DC Super Hero. Darren Criss and Zachary Quinto have wholeheartedly embraced their roles as Superman and Lex Luthor for this film, and the end result is a special addition to canon of films that every Superman fan will want to add to their collection.”

Having Lukic at the helm will bring a new visual aesthetic to Superman: Man of Tomorrow that departs from the animation styles of previous producers Bruce Timm (23 films) and James Tucker (17 films), thus far represented in the DC Universe Movies.

Superman: The Man of Tomorrow hits digital on August 23, before the Blu-ray/DVD combo pack arrives on September 8. In the UK, HMV has it listed for September 7.