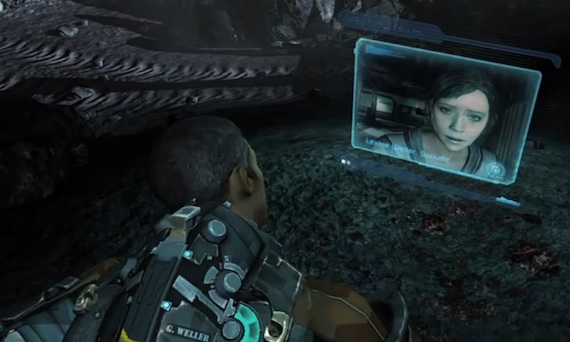 1st of March saw the release of my first DLC must for this year so far, Dead Space 2: Severed. Which i thought was very good indeed, but very short. It’s 2 chapter-length plays through as fast as the first 2 chapters of its parent game, but even so, what is there is quality. Severed follows Gabe Weller from Dead Space: Extraction (annoyingly not available on Xbox 360), as he rushes frantically around the Sprawl to ensure his wife Lexine flees to safety from the Sprawl’s necromorph outbreak. The story elements, much like the main game, are told very well, and certainly drew me in. I wanted Gabe to succeed, and i made sure he did. In only 1 hour. I felt disappointed by the length of the DLC, am i being harsh? I haven’t purchased any DLC content since Fallout 3, but they certainly had more on offer, and didn’t cost that much more. I do hope there is more Dead Space 2 DLC, even with my misgivings about this one; as i would still purchase any future content.

So then, another great sequel hits the market. Make no mistake, the original Dead Space is excellent, and still well worth investing in, although not required before the follow-up, courtesy, plot wise at least, of a recap video available from the title menu.

Synopsis –  Dead Space protagonist Isaac Clarke awakes in the Sprawl,   a densely populated metropolis built on a shard of Titan, one of Saturn’s moons, with no memory from the last 3 years. He is, however, in the hospital, complete with strait-jacket, and subsequently released, which ties in perfectly to the story from Dead Space: Ignition, the XBLA/PSN puzzle game, told in a motion comic format. The Sprawl is now the latest location for the Necromorph outbreak, courtesy of the man-made Marker, which Isaac must again survive.

Visuals – Improved on the original, and it’s worth noting straight from the off that Dead Space now identifies Isaac Clarke   the man, no longer just an engineer, but a character that can be related to. Any character/story development scenes are told as Isaac removes his helmet, with really cool, Transformer-like animation. So now we see Isaac Clarke’s face throughout the game, with the modelled actor for each character also providing the voice, which brings a level of realism, and certainly believable enough character’s to empathise with.

Sounds – One of the best attributes of the original game, it’s more of the same in the sequel, if not better. Jason Graves’s soundtrack is fantastic – as haunting as any horror/thriller soundtrack can be. The voice acting is also very competent, and they bring a level of realism, and certainly believable enough character’s to empathise with throughout the game. The atmosphere created by the aforementioned soundtrack is that of tension, and you certainly feel it as you progress through the game. The different variations of necromorphs encountered during the game, such as Stalkers, for example, instil their own measure of fear and panic into the gamer, whether it be charging at you screaming, or spying from behind crates, making enough sound just so you know you’re in for a rough ride in a particular section of the game. Well worth turning the sound up/having surround sound for this one if possible. It must be noted also, that the sound effect for the removal/remounting of Isaac’s helmet is also very cool.

Gameplay – The first Dead Space felt a little fiddly at first, especially when frantically trying to heal yourself in battle, for example. This has been remedied here – on Xbox 360 for example, this has been moved from ‘X’ to ‘B’, to use any healing containers currently in your inventory. Known as quick heal (there is also an achievement/trophy for using this 10 times); this mechanic is also used to replenish static charge in the same way, albeit a different button of course. It certainly feels a lot more natural this way, as does reloading your weapon, which is easier also.

This allows more concentration on the action at hand – of that there is plenty, particularly on the harder difficulty settings. It’s as frantic as the first Dead Space, in fact even more so, with a good variation of enemies, each with their own unique abilities and tactics, and at times prove to be very formidable foes, echoing the fact that you truly are alone in the Sprawl.

Overall – This game is what sequels are all about. Everything has been improved, the graphics, the sound, the story, the added bonus of the multiplayer, and all this does not detract from the core feel of the original, and what that such a good game. I don’t replay though many games, but I will certainly attempt the challenge of hardcore and zealot difficulty levels, the former only allowing 3 saves and NO checkpoints. In short, well worth the purchase, go get it!