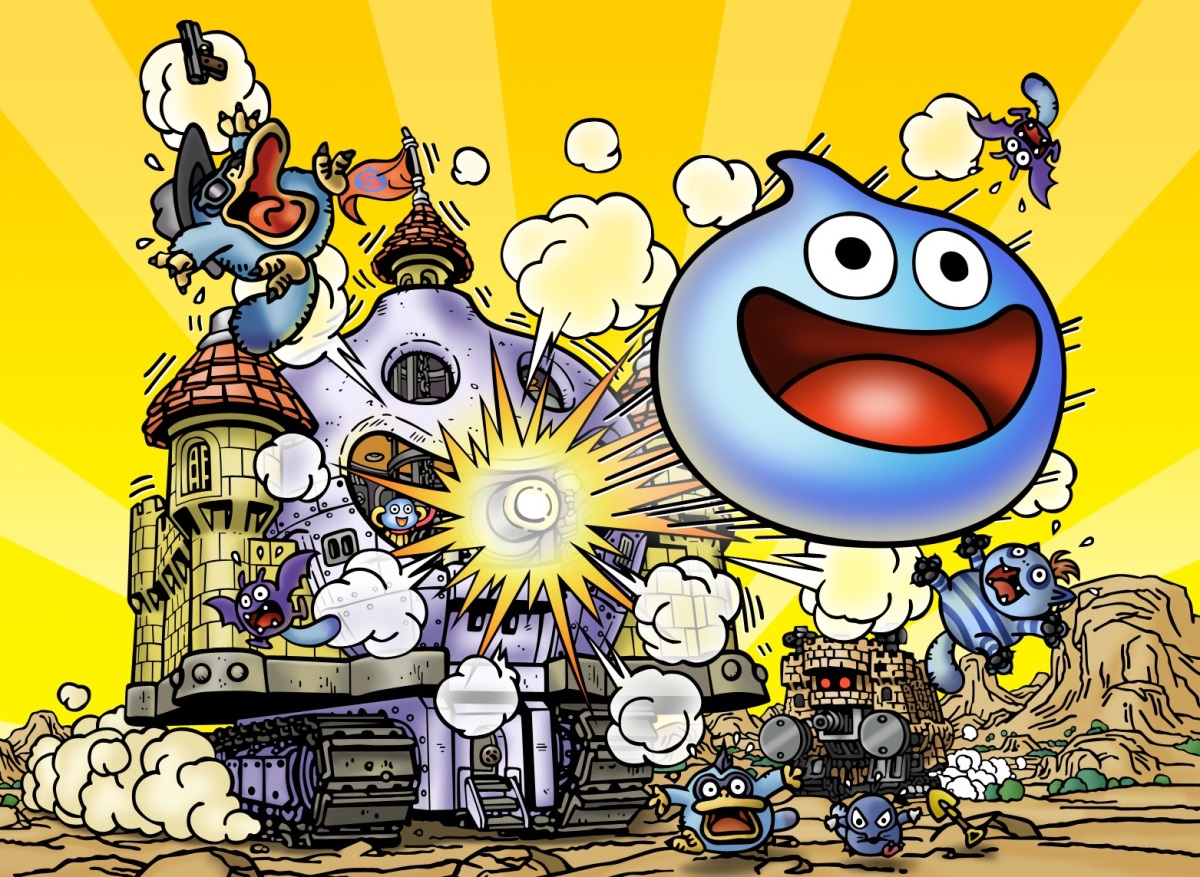 Final Fantasy and Dragon Quest are the world’s most famous JRPG series to date. Once respectively developed by fierce rivals Squaresoft and Enix, both tried to match each other year after year until the 2 companies merged in 2003, in order to better compete in the western market. Now some 13 years later, they certainly did just that, with the the now-named Square Enix become a big publisher in their own right, of course retaining the Final Fantasy/Dragon Quest IP’s, as well as owning other big names Tomb Raider, Hitman, and Deus Ex.

That popularity has brought spin off titles for both franchises; Final Fantasy creating a new series subtitled Crystal Chronicles for Nintendo platforms, along with the more strategic Final Fantasy Tactics series. Dragon Quest on the other hand, went with the Pokemon-esque Monsters series, and also the Mystery Dungeon series. This edition of Retroreflection tackles the spin-off that is considered a bit more niche given its core series: Dragon Quest Heroes: Rocket Slime.

So what is it?

You know how the story goes: all of Slime village’s inhabitants are kidnapped except you, and it’s your job to find and free everyone, acquiring and upgrading a tank (powered by a magic flute of course) to save your village. Not heard that one before? Of course you haven’t. But while Rocket Slime may sound like nothing you’ve experienced before, it’s the combination of successful elements; most prominently Legend of Zelda, Pokemon, and a semi- strategic tank battle component for boss battles. Enough about the story though, Rocket Slime is about one thing: kicking the crap out of everything and collecting everything.

Unlike your typical sword-wielding RPG hero, Rocket is just a blue yet humble ball of goo. Players can attack using the only method available; holding down the action button along with the d-pad, in order to stretch Rocket in any direction, to slingshot him at baddies or break open chests. If held for a brief moment, Rocket performs a huge “elasto-blast” at enemies, bouncing around the area at high speeds.

The beauty of Rocket Slime is in its exploration, and this is where the LoZ influence comes in. 75% of the game is a top-down platform adventure through 7 stages, where the titular ‘Rocket’ can jump, hover and attack when desired. After the initial couple of stages, you can explore where you want depending on your acquired abilities at that point; once all stages are unlocked, each one can be returned to as desired to use new abilities to finish them off. Your village companions must all be rescued to finally complete the game, and the village itself serves as hub for recovery and upgrades in between stage visiting.

It’s perfectly paced, with a learning curve that ensures you will never be bored; there is always new areas to explore/unlock, new abilities to learn and items/enemies to collect. 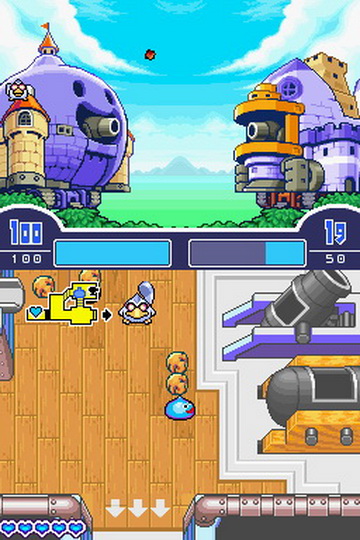 The tank element is also huge fun, providing hands-on-deck fast-paced action as you load up previously collected items into your tanks cannons against your enemy tank. It’s an excellent tactical element that mixes surprisingly well and serves as an excellent climax to a title that is simply a joy to play.

Multiplayer is also available, and Rocket Slime delivers some very entertaining action as well. The tank battles from the single player boss fights are used, and up to four players can link up locally in 1v1, 1v2, or 2v2 battles. Unfortunately it is multi-cart multiplayer only, with no online/Wifi support, so it will be harder than ever to find Rocket Slime buddies to enjoy with. Multiplayer mode really feels like a whole separate game to the main quest, with a choice of a ton of different tanks, and up to 9999 HP available to distribute. Not to mention the variety of levels and support characters available.

Rocket Slime is an amazing, if a little odd at first, DS gem. It is a game that knows its audience, delivering tongue-in-cheek moments and fan-service that Square Enix’s loyal fans will enjoy, while keeping the adventure fresh and simple throughout. Perfectly paced with tons to explore, Rocket Slime is possibly the most endearing JRPG spin-off in existence. An absolute joy to play from start to finish.