“Even with three undeniably excellent movies in their repertoire, Studio Ghibli was yet to truly establish itself commercially”

The key to making a kids’ adventure film fly with its audience is to achieve the unbelieveable. Studio Ghibli’s Kiki’s Delivery Service, released this week 31 years ago in its native Japan, certainly soars among the best of them. But Studio Ghibli’s fourth movie needed to be a sure-fire hit.

The studios previous movie, the wondrous My Neighbor Totoro, was a box office flop in Japan. Producer Toshio Suzuki paved the way for Totoro to be released as a double feature alongside Grave of the Fireflies. This was a collaborative effort from each movie’s respective publisher, Tokuma Shoten and Shinchosha. Of the two, Totoro faired disastrously. It is incredible to think that a movie so synonymous with western anime fans today, arguably Ghibli’s jewel in the crown, might never have reached the west if not for their next production.

The late 80’s were a period of high-risk for anime feature films. Budgets were getting bigger, the movies more grand in scope and ideas, even experimental. In the previous year, 1988, Akira, one of the most popular anime movies of all time in the west, was itself a commercial failure at the box office in Japan. Kiki’s budget (800 million yen) just a year later was actually higher than Akira’s (700 million yen). Akira however was already on the western radar, and would be distributed overseas shortly after Kiki’s release. Even with three undeniably excellent movies in their repertoire, Studio Ghibli was yet to truly establish itself commercially.

As a way to build up hype for their next movie, My Neighbor Totoro was placed on Japanese television for the first time in 1989. With that came promotional material for the upcoming Kiki’s Delivery Service. The studio promoted the film on the TV station NTV, including interviews with girls of a similar age to Kiki, the 13-year-old protagonist of the film. Additional to that, commercials related to both the film and previous Studio Ghibli films were also aired, raising awareness in an attempt to expand their audience. Kiki’s Delivery Service subsequently opened in Japanese theatres on July 29th 1989, and became one of the year’s highest grossing movie in Japan.

Kiki’s Delivery Service is the fifth movie from Studio Ghibli founder and visionary director Hayao Miyazaki. But this was not originally a Miyazaki-led project. Sunao Katabuchi, who would go on to make the 2016 anime In This Corner of the World, was initially in the director’s chair. Just a year before release however, Miyazaki announced he would be taking control. His influence shines through; the defining hallmarks such as luscious, green hills that seem endless in their beauty, and blue skies that are simply crisp and perfect. And beyond the magnificent visual aesthetics lies Miyazaki’s greatest gift: Positivity through adversity.

Many will be more familiar with Spirited Away, the 2001 Oscar-winning tale of Chihiro, a young girl trapped in a ghost-ridden old theme park, and must strive on to locate her parents and free them all. Draw the fantastical aesthetics away, it is a movie about a young girl finding courage to do what’s right, and not take for granted what is presented to her as she begins to grow up. Adapting to a seemingly impossible, inescapable situation, learning who to trust (and, more importantly, who not to trust), developing bonds while never losing touch with who you really are.

These very real emotional situations are the endearing messages behind Miyazaki’s movies. Kiki’s Delivery Service is no different; there is no antagonist to impose challenges. The challenges are one’s we can all relate to. Finding one’s place in the world, the importance of hard work as well as finding adversity in personal challenges cannot fail to envelope the viewer in Kiki’s coming of age as a teenager. Apply Miyazaki’s now-staple but nonetheless always beautiful backdrops and structural beauty, and you’ve got one very special movie. One that is arguably Studio Ghibli’s most special, yet undeniably most important, of them all.

Kiki’s Delivery Service is streaming now in the UK on Netflix, and in the US on HBO Max. 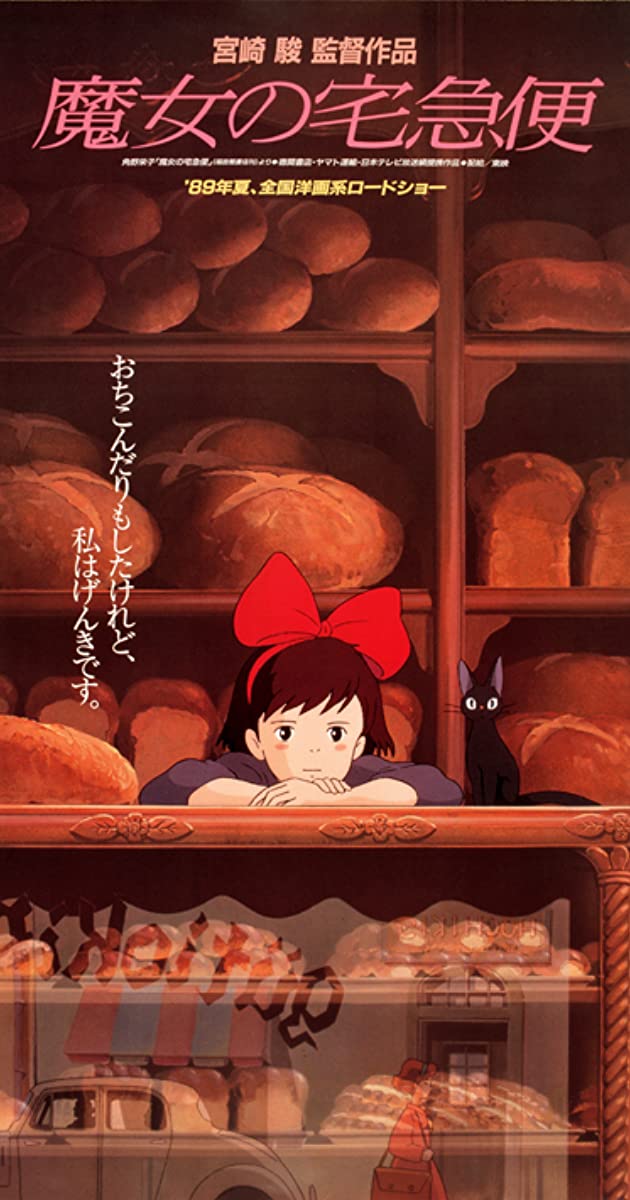 From next month, Netflix will show 21 feature films from Studio Ghibli in the UK for the first time. What better time to sample some of the best animation, along with accompanying scores, the world has to offer.

With Netflix’s acquisition, the movies will also be available to watch across Asia, Europe, the Middle East, Africa, Australia, New Zealand, and the Americas. Previously, Studio Ghibli had declined to offer digital versions of its content in any capacity. However in the US recently, Ghibli made downloadable copies available for sale. 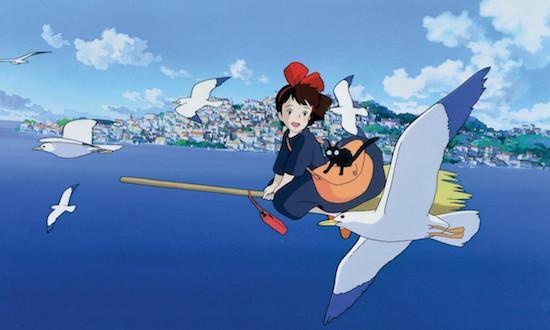 The movies will be subtitled in 28 languages as well as producing new dubs, which will no doubt be the main source of scrutiny.  The first wave of releases drop on February 1st. That means greats such as Castle in the Sky, My Neighbor Totoro, Kiki’s Delivery Service and Porco Rosso will reach Netflix UK’s estimated 9.5 million subscribers.

Further to that, on March 1st, more classics will be added, including Nausicaä of the Valley of the Wind, Princess Mononoke, and personal favourite Spirited Away. And again, on April 1st, Whisper of the Heart, Howl’s Moving Castle, Ponyo, The Wind Rises, and others, also drop. That’s no April fool. What a time to be alive. 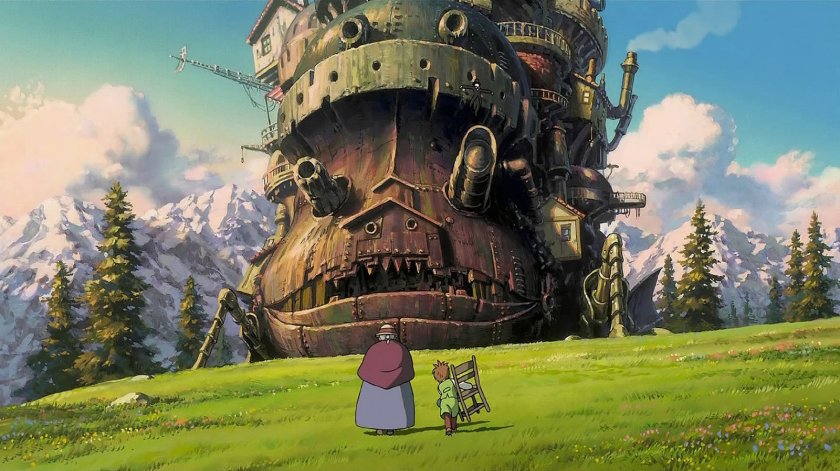 Fans of Grave of the Fireflies will despair however, with publishing rights currently residing away from Studio Ghibli. But that is nevertheless only a minor downer in contrast to the quality on the way. For me, I’m very much looking forward to educating my 7 year old daughter on Ghibli’s gorgeous, glorious greatness.

Castle In The Sky

Nausicaa Of The Valley Of The Wind

My Neighbours The Yamadas

The Tale Of The Princess Kaguya

Whisper Of The Heart

From Up On Poppy Hill

When Marnie Was There

Which Studio Ghibli movie is your favourite? Which will you watch first?